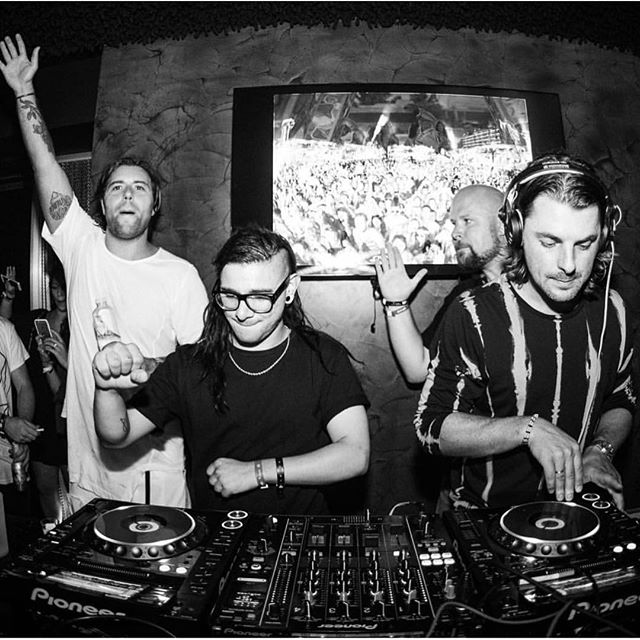 Swedish producer Marcus Schossow recently took to Facebook, following his remix of Axwell Λ Ingrosso‘s “Sun Is Shining,” to reveal details about a very special show that took place near Ibiza’s Departures at Ushuaia. According to Marcus, Axwell Λ Ingrosso were playing their last show of the week before they headed to secret after party for invited guests only. While Axwell was on the decks, none other than Skrillex showed up beside him for a rare B2B set.

How often do you see Axwell doing a b2b with Skrillex? ?Was invited for the last show at Departures at Ushuaia this…

Say what you will about either artist, but one thing is clear: this kind of thing happens far too seldom nowadays. With the amount of segregation between fans of different genres and styles, it’s difficult for two artists from different backgrounds to show up on stage together without causing a tidal wave of online backlash. Regardless of your own musical preference, the opportunity to collaborate and cultivate an entirely new vibe to a live audience should be welcomed and celebrated. It was on this kind of informality and anything-goes mentality that our community was based in the first place. No matter who is paired up on stage together, their willingness and excitement to do something never before seen is enough to warrant some respect and openness to it.

This, of course, comes as a preamble to the inevitable comments.