At a TV performance in Oslo today, Justin Bieber finally succumbed to the tiring working hours of a professional entertainer and lashed out at fans before giving up and walking off stage.

A fan spilled something, and Justin attempted to mop it up multiple times as rabid fans clawed at him. He pleaded multiple times for them to stop, and in all seriousness, was extremely polite in doing so. However, the fans in the front row weren’t having it; or rather, they just had to have it.

After their failure to comply, Justin stormed off. 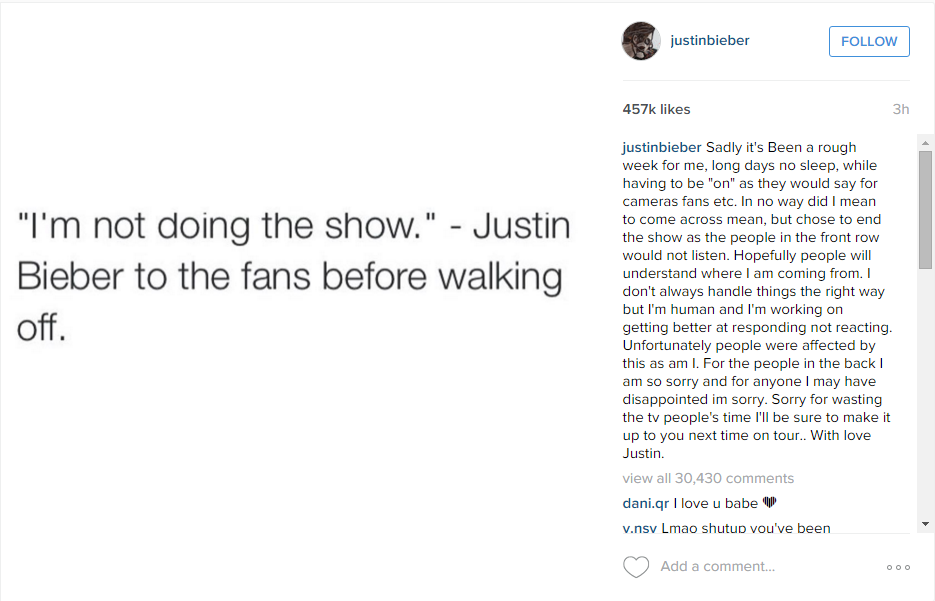