Deadmau5 Removes All Tweets After August 22

Yesterday, we reported that deadmau5 was considering throwing away his deadmau5 brand. Today, we look at his Twitter and see that Joel has removed everything post-August from his public Twitter, and has made all other tweets protected. As a result his blue check, indicating he runs a verified account, has vanished.

This means that he has removed evidence of his Aaron Carter feud, his Ghastly rant, his Krewella Halloween troll, and more.

But the bigger question, considering Twitter is deadmau5’s most-used method of reaching out and speaking with fans and critics, is was the threat of retiring the deadmau5 brand yesterday true? We cannot and will not begin to speculate on that question for the implications that it might lead to, but it’s seeming a possibility. 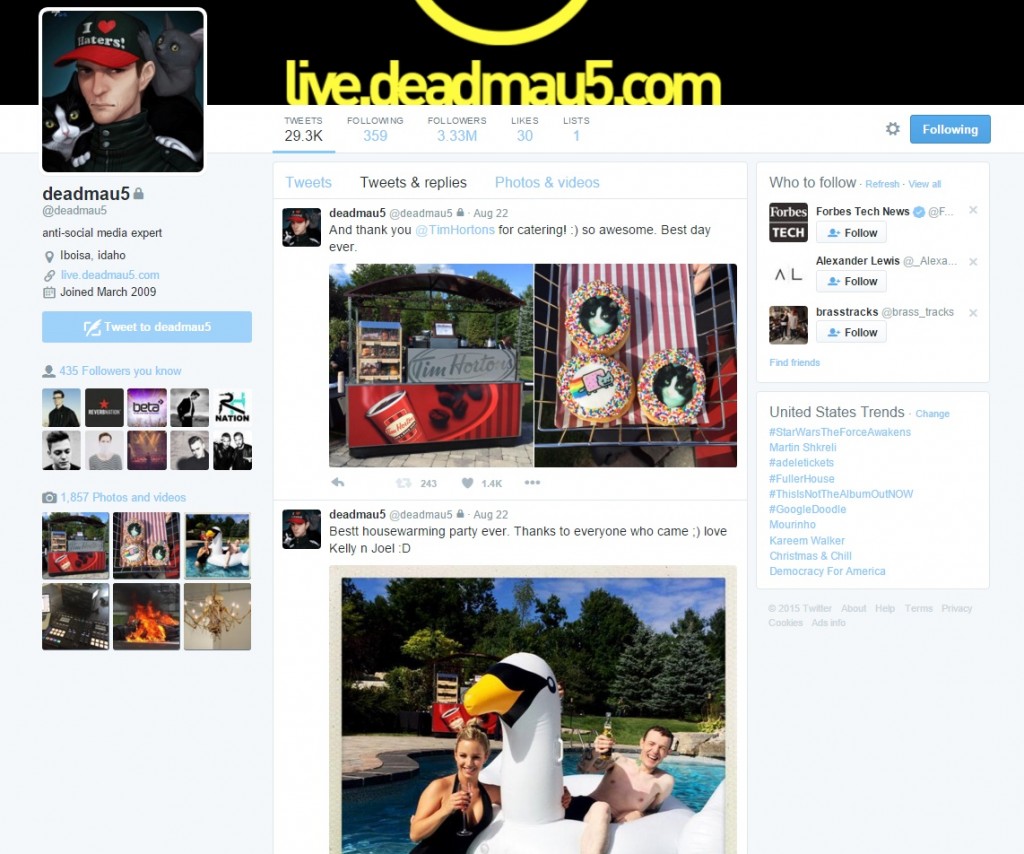 Get Hyped For The New Year With Essential Album, ‘This Is Toolroom 2016’ [Toolroom Records]

Get Hyped For The New Year With Essential Album, 'This Is Toolroom 2016' [Toolroom Records]