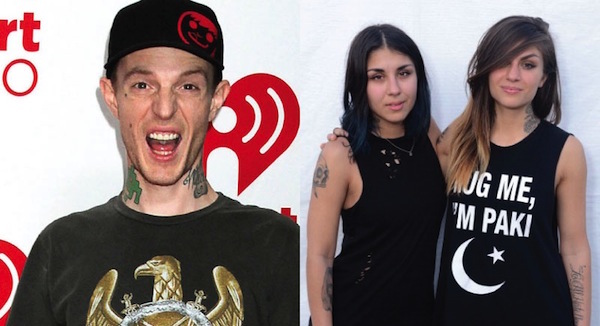 Seriously… what is it about deadmau5 and Halloween?

Having already been involved in a Twitter feud with Skrillex and magically appearing at a Zedd show halfway across the country, he also found the time to take a jab at Krewella. But we have to say, Yasmine got him back pretty good.

Listing off a bunch of costume ideas, ranging from Tommy Lee to Carnage’s ghost producer, deadmau5 inevitably stumbled upon his favorite target: Krewella. However, it seems that Yasmine was ready for this, and responded with an equally, or perhaps more, epic costume.