Deadmau5 Gets High On Nitrous & Goes Off On Ghastly

by Matthew Meadow
in For the lulz, Worth Sharing

Let this be a lesson, folks: Don’t tweet while high on nitrous.

If it was even possible, deadmau5 was a bit more ornery than usual today, owing to the fact that he was at the dentist getting a filling and was likely high on nitrous oxide. It just so happened that, without provocation, LA-producer Ghastly caught him at an inopportune moment.

What followed should be taken with a heavy grain of salt, if only for the fact that deadmau5 was under the influence while this was all going on: 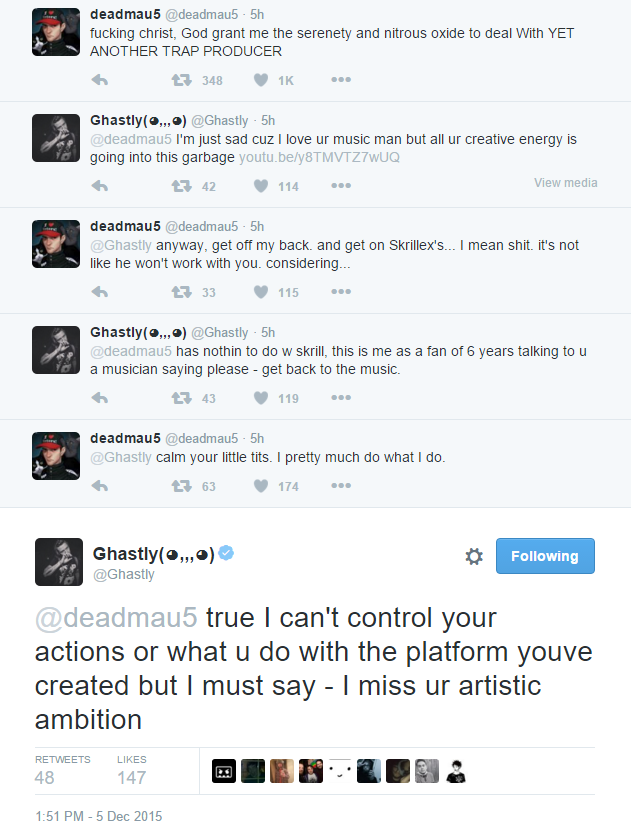 To be honest, the whole situation is ridiculous. And for what it’s worth, Ghastly, as usual, handled himself in a mature and respectable manner. It’s just usually not wise to kick a hornet’s nest.