Norwegian producer Jerry Folk has been at the forefront of the indie dance revival for some time courtesy of some smooth singles and danceable remixes. Calendar year saw the young producer approach the 20 million play mark on SoundCloud (courtesy of some very quick mental math) and he started 2016 with single “To My Soul” and hasn’t looked back since. Now, he’s announced a summertime North American tour which should provide a more laidback weekend to complement those weekends off from festivals.

Kicking off with appearances at Coachella Do Lab and Hangout Music Festival, Jerry will embark on nine more dates through June and July mostly along the East and West coasts. 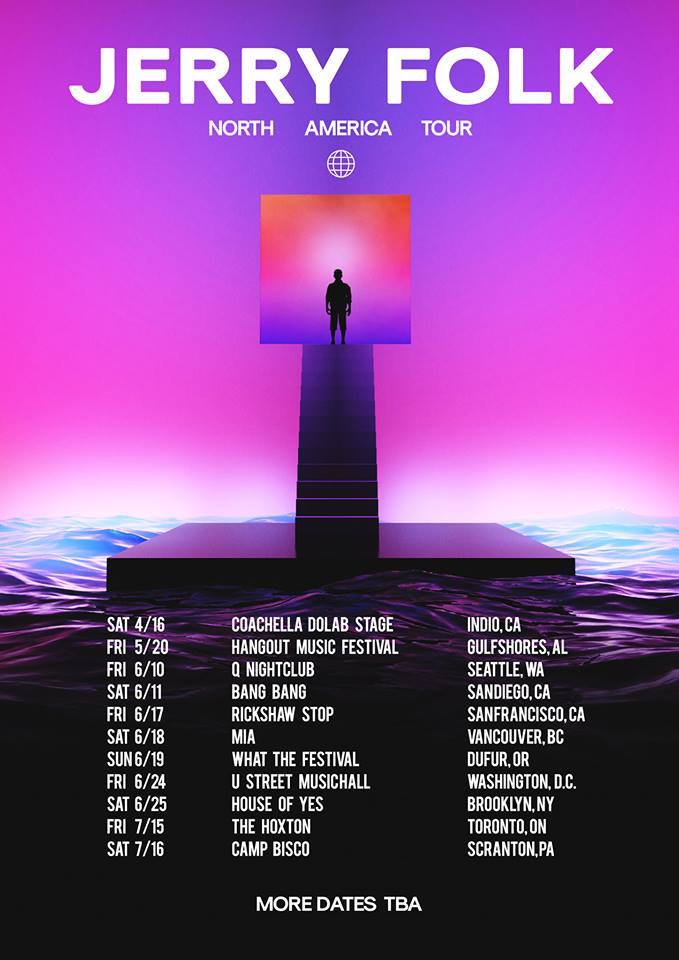 Best of all, Jerry has also released a new single “Been A While” to go along with said tour announcement. Be sure to stream it below and pick up your tickets for the tour here!