There are few venues in the country more important or iconic than the Hollywood Bowl in Los Angeles. Widely regarded as one of the premiere musical venues in the entire United States, the Hollywood Bowl has been host to a variety of incredible acts throughout the years. Now, Kygo is preparing to leave his mark for his first headlining appearance at the venue for two shows, October 14 and 15.

He’s also released his full accompanying lineup for the show, which will feature Bob Moses, Labrinth, and Seeb!

Tickets for the 15th are already sold out, but there’s still plenty of time left to get a spot for the show on the 14th! Grab your tickets now here, while you still can. 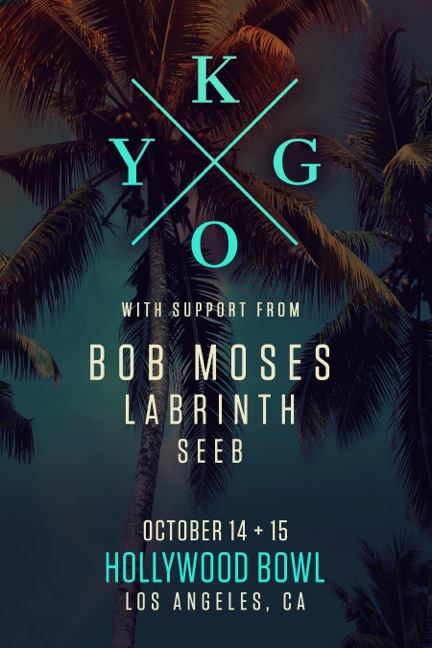