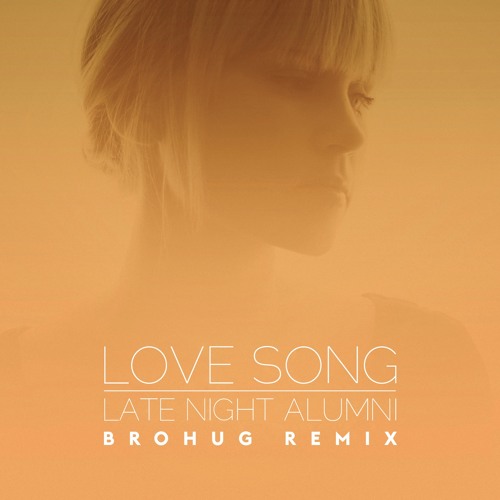 Brohug has been making all the right moves lately with fire official remix after fire official remix. This week he adds another one to the resume with a furious future house remix of smash hit “Love Song” by Late Night Alumni and Kaskade – no strangers to house music themselves.

While the original may be mellow and melancholic at times, Brohug’s banging remix is anything but. With sparkling synths and an aggressive future house ass line, the Swedish house producers turns “Love Song” into a true dance floor banger – something I thought I would never say about a Late Night Alumni record.