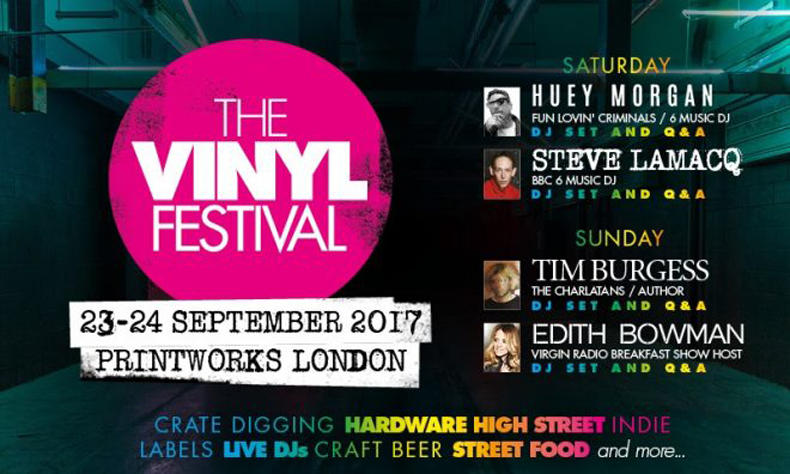 Vinyl has made a huge comback the past decade, with music lovers craving the medium’s physical releases, sound quality and collectible nature. It comes as no surprise that an entire festival dedicated to vinyl will soon debut in the United Kingdom, but it is a bit of a surprise that this upcoming festival will mark the UK’s first-ever vinyl festival.

Simply titled The Vinyl Festival, the festival will take place on September 23-24 at beloved, new venue Printworks, which has hosted the likes of Gorillaz, Ben Klock, and others since its opening this past January. Hosted and organized by the Long Live Vinyl publication, the festival will include appearances by the BBC‘s very own Huey Morgan and Steve Lamacq, Charlatans‘ lead singer Tim Burgess and Virgin Radio‘s Breakfast Show host Edith Bowman, who will all be DJing b2b and participating in Q&A panels. Beyond the performances, attendees will be able to peruse and purchase vinyl from 100 shops, survey audio technology and get their own vinyl appraised by experts.

While U.S. vinyl enthusiasts will have to wait for an American version, the British and greater Europeans should enjoy this new concept of a festival.

According to FACT, Gary Walker, the editor of Long Live Vinyl, whose publisher is organizing the event, has emphasized the The Vinyl Festival’s role in celebrating “the very best of the format we all love.”

“It’s exactly what our readers have been crying out for,” he said.