Rocket League Teams Up with Monstercat for All-New OST

If you don’t already play the zany soccer smasher Rocket League, the game’s new in-game soundtrack might change that. Following mysterious flag pictures from themselves and 18 of their artists last Saturday, the ever-growing Canadian EDM label Monstercat announced that they have officially partnered with Psyonix to give the game a serious musical makeover.

Coming July 5th, Rocket League x Monstercat Vol. 1 will include 18 new additions to Rocket League’s OST, including songs from Slushii, Aero Chord and Vicetone, as well as label fan-favorites like Tristam, Ephixa and Rogue. Check out the full tracklist below: 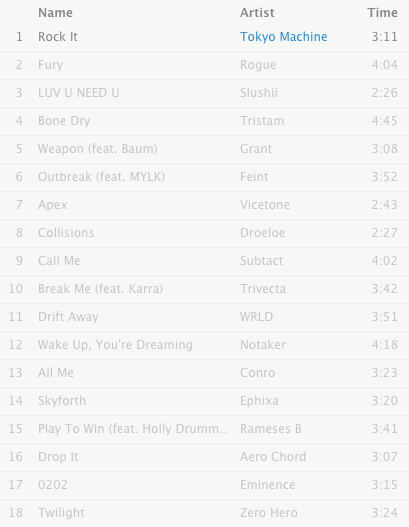 Although this is a big step for Monstercat as a label, it might be an even bigger step for the EDM community. After years of waiting (putting DJ Hero behind us), we’re finally getting a video game with a full-on dance music soundtrack. This July, the world of gamers and ravers will gloriously collide.

The album is available for pre-order now and comes with an exclusive download of “ROCK IT” by Tokyo Machine (the song from Rocket League’s 2nd anniversary update trailer). Listen to the track below: