Over the last 5 years, trance duo Coming Soon!!! has become one of the fastest growing names inside of the genre. Garnering support from some massive names (such as RL Grime, Armin van Buuren, and The Chainsmokers to name a few), their music has been heard all around the world. Taking matters into their own hands, Coming Soon!!! will now be hosting their own set of parties – titled “Become One”.

Debuting in Los Angeles at Avalon on July 18th, “Become One” is set to be the trance event in Southern California. With guest performances from Ben Gold, Mark Sherry, and LA native Barakuda, fans will be treated with plenty of music for the night.

To promote the event, Coming Soon!!! are releasing a remake of their 2014 track “Become One”. “Become One [The Rebirth]” is a track you’re sure to have heard if you’ve attended any bass music event over the past few months. Coming out on June 19th, the track starts off with a vocal reminiscent of old Hardstyle, building into one of the biggest drops of the year.

Purchase your tickets for “Become One” in LA here, and stream the preview of “Become One [The Rebirth]” below! 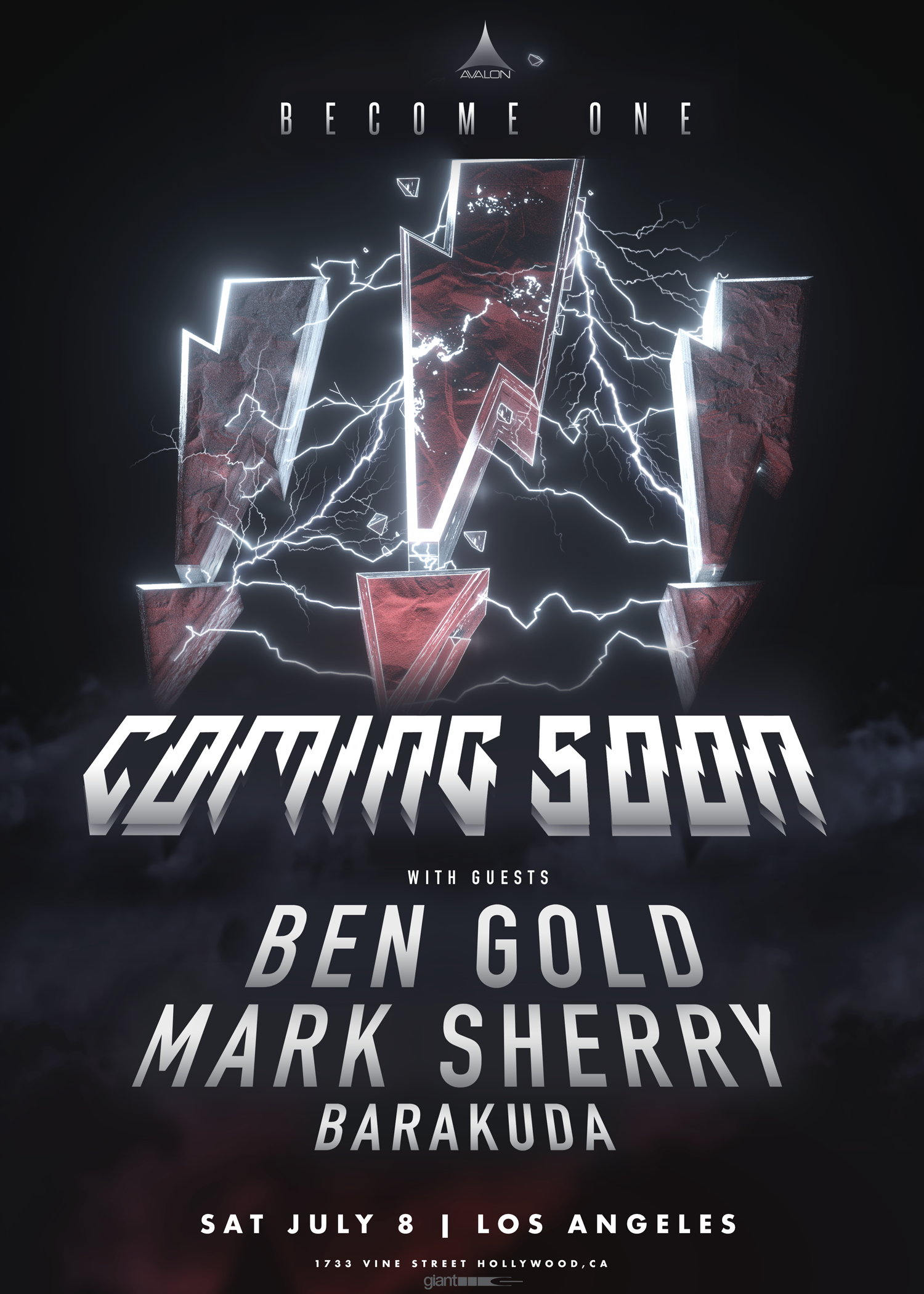