by Kelly Boyle
in Aspire To Inspire, Editorial, Featured

“Recovery is a loose garment and everyone has their own fit.”
-Mike Bayer

Regardless of how you quantify it, the one thing that everyone in this world is looking for is happiness. It comes in countless forms and can be achieved in endless ways, but what happens when we get there? Holding on to happiness and finding a way to feel complete in an ever-changing world with new obstacles every day is an even bigger challenge than the first.

For Mike Bayer, Founder and CEO of CAST Centers (wellness, mental health, and addiction treatment center co-owned by Demi Lovato), the choice to devote his life to helping others find and harness their happiness has been a life-changing experience.

From a very young age, Mike had the idea of helping people find their way in the world through creativity. To him, life is much more than filling the role that society lays out for us. It is about self-expression and exploration.

Throughout his own life, Bayer had music to rely on as he discovered who he was as a person. More specifically, the rave scene was a safe haven for him to be himself without the worry of facing judgment or conflict. The rave scene was “freeing,” as Mike puts it. For an underage teen who was just starting to figure out his sexuality, there were few places to feel accepted. The friendly nature of ravers of the time offered the safe environment that many sought after.

Unfortunately, parties end and we all have to go back to our day-to-day eventually. For some, the separation isn’t always that cut and dry. Mike eventually found himself blurring the lines of partying and every day life, leading to issues with substance abuse.

“Some people have the ability to go to raves, festivals, and parties- and just party for that weekend. I think I would end up partying for that week. The party never really stopped [laughs]. The period of time where I went to raves wasn’t what really led me to having to get sober. What happened was I just didn’t have the ability to stop once the parties were over. I was working in nightclubs in Manhattan, I bartended at The Roxy, I’d go to The Tunnel and Limelight, and eventually I no longer wanted to go to the parties, I just wanted to stay at home and do the drugs. Then I eventually checked myself into a program.” 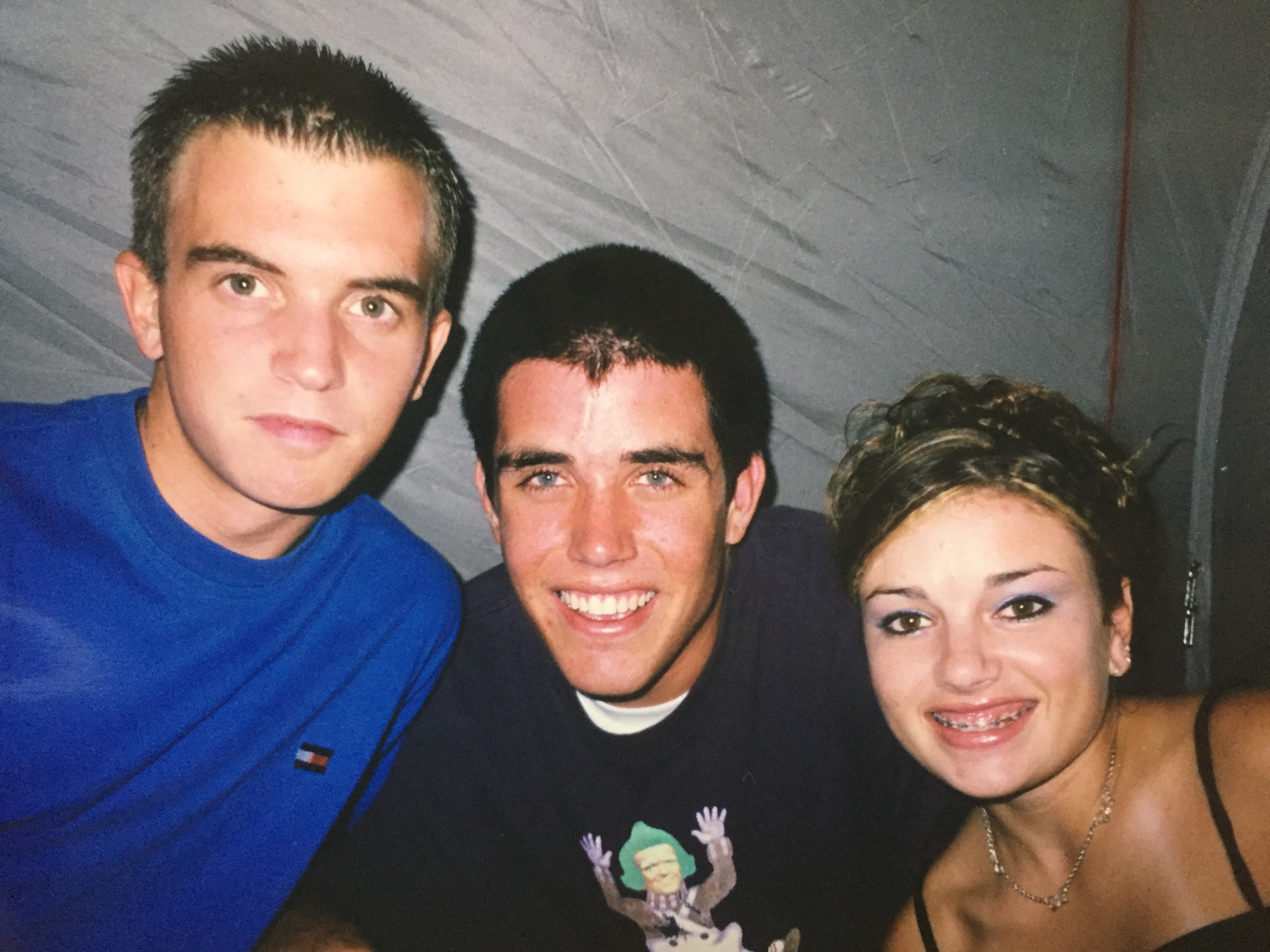 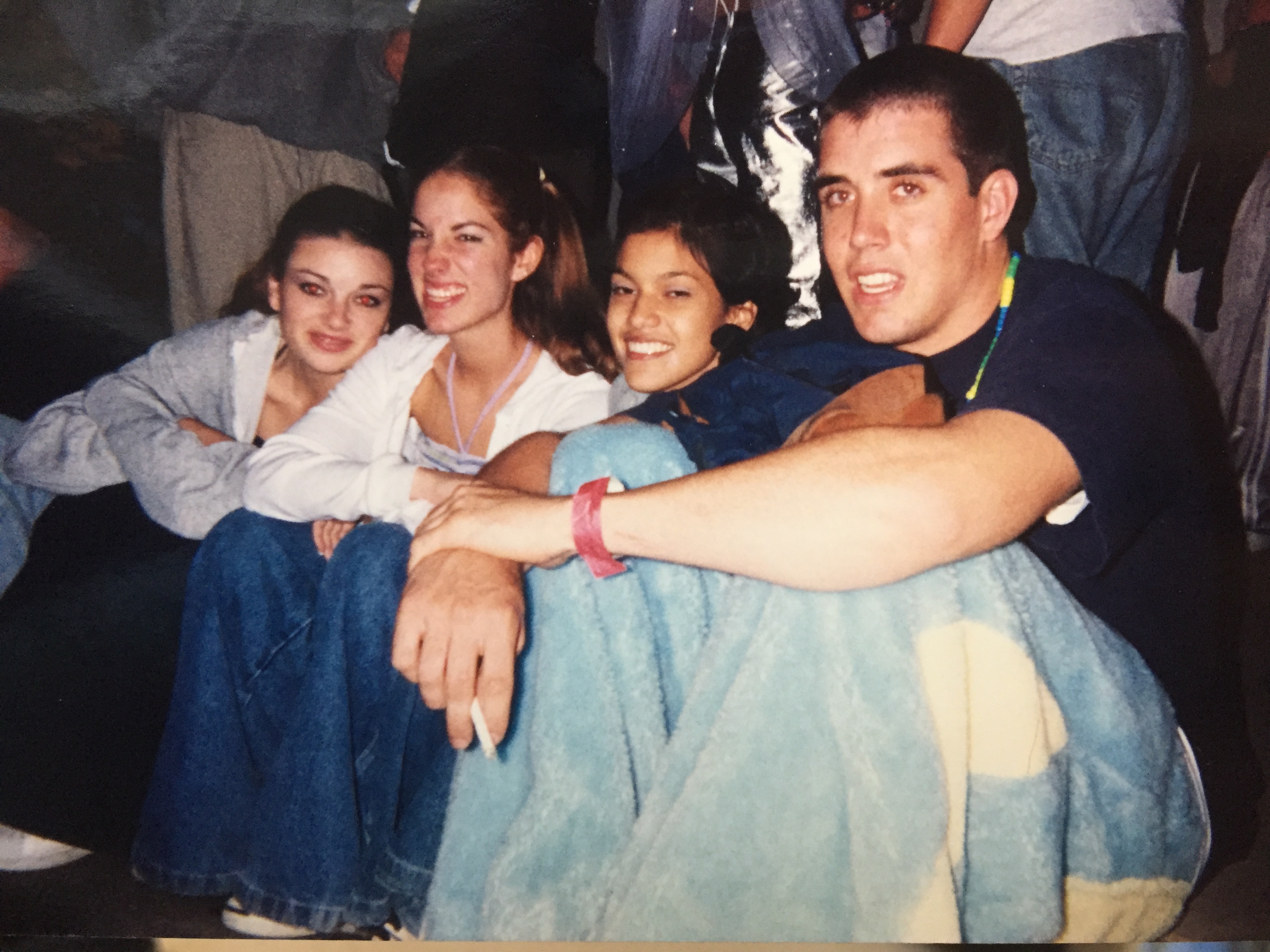 Thankfully, Mike was at a point of clarity where he knew what the best option was at the time, as many others unfortunately do not have the ability to see for themselves.

Since then, he has expanded himself to the aid of others who are very much in need. The interest and passion for helping others is an easy thought to have. There are many who feel a great compassion for people, but to turn it into a life’s work and devote all attention to doing so requires a patience and understanding that a much smaller number of people have.

“I think we all struggle with the feeling that we’re not enough or feeling like we’re not capable of having a career that we want. I never did well in school, I was never a good test taker, and in this day that’s what determines a lot of the ‘I’m smart/not smart’ mindset. What I realized later in life is that we’re all artists and that it’s about living out your art. When you’re free in that, everything seems to come together. As soon as I stopped playing by the rules of the corporate world, I started to have success. For me, it was realizing that I’m just as great, and in turn, we’re all great.

Another thing is…how do you create a work culture where everyone has a lot of fun, there’s inspiration and it’s exciting, but it’s still a job and a career? It has to function; and I’ve learned that like any of us, if an employee doesn’t work out, I used to take it really personally. I would find myself thinking about what I could have done differently, but really it’s just a matter of accepting that the universe has things flowing in and out of our lives. Also being a leader of a mental wellness organization, it sometimes feels like I should be more put together or even that I’m not being inspiring enough. There are definitely those moments and thoughts where I don’t feel like I’m enough. I never signed up to be a leader in my career, it just kind of happened. Being in that role is amazing, but can also be very confusing.”

Beyond creating a positive and comfortable work environment within CAST, finding the balance and appropriate boundaries with clients is another important task. Personal investment and emotional taxation is inevitable when working with people in recovery of all forms. There are unexpected changes and life tends to get in the way of the plan we try to put in place, but in helping another person navigate such when they are unable to find their own way, there are precautions and boundaries that need to be kept in place.

“One of the key elements of helping people in general, with anything in life, is boundaries and knowing when you’re really operating out of trying to help someone and when you’re projecting your own issues. It’s tough because sometimes I have a vision for people where I’m so obsessed and excited, but life happens and there are so many different movements that take place. The way I visualize something for someone has so many elements and components that it can get really frustrating. If we’re stuck in our own heads, it’s a dangerous place. But when we start to help other people, it has a positive effect. Recovery is a loose garment and everyone has their own fit.”

Within the last year, CAST has been growing exponentially. After the impact that both CAST and Mike had on Demi Lovato’s recovery, Demi decided to become a partner and co-owner of the organization. Their first venture together was CAST On Tour, where CAST joined Demi and Nick Jonas on their 2016 Future Now Tour. This was an intimate opportunity before each performance featuring guest speakers (like Demi, Nick, UFC fighter Matt Hughes, Nia Sanchez Miss USA 2014, and more), Q&As, and even a few unexpected interventions. Then in Spring 2017 CAST launched a 3-day intensive workshops event called CAST Experience in Los Angeles, where attendees had the opportunity to learn from world-renowned guest speakers, and partake in experiential group work.

With all of the artists, athletes, musicians and others that Mike Bayer has had the opportunity of working with and helping, this only scratches the surface when it comes to his goals for the future. By expanding the reach of CAST to cultures and those in need across the globe, Bayer will have made yet another monumental leap towards shedding light on the importance of mental health.

“I’ve been to Iraq twice in the last six months and with the charity I have recently put into place, I’m helping women who have lost their husbands to ISIS and also been slaves to ISIS. I’m working with the prime minister of Kurdistan. We have what’s called the ‘Cast Alignment Model,’ which is a universal model/curriculum that works whether you’re addicted to drugs, or you’re an executive looking to be better in your career, or you’re someone who is in a refugee camp. The goal for me, even why I want to lift up my own profile, is to work with bigger and better global causes. That’s what I want CAST to get behind. Helping people whose lives are in a really difficult place and have little to no control over it. To me, those are the real victims in the world today.”

Instead of tying his name to any particular thing or event, he would much rather leave his mark as someone who makes the world acknowledge the ones who are suffering and to help us react a bit differently— with more compassion.

CAST Centers is a health and wellness facility located in West Hollywood. CAST’s focus is on healing individuals suffering from addictions and mental illness. In addition, CAST offers customizable packages for individuals seeking performance enhancement and life coaching. CAST uses a variety of treatment modalities including traditional talk therapy and goal setting as well as more alternative therapies such as Integrative Breath Work and Neurofeedback to treat and heal the individual’s mind, body and spirit.