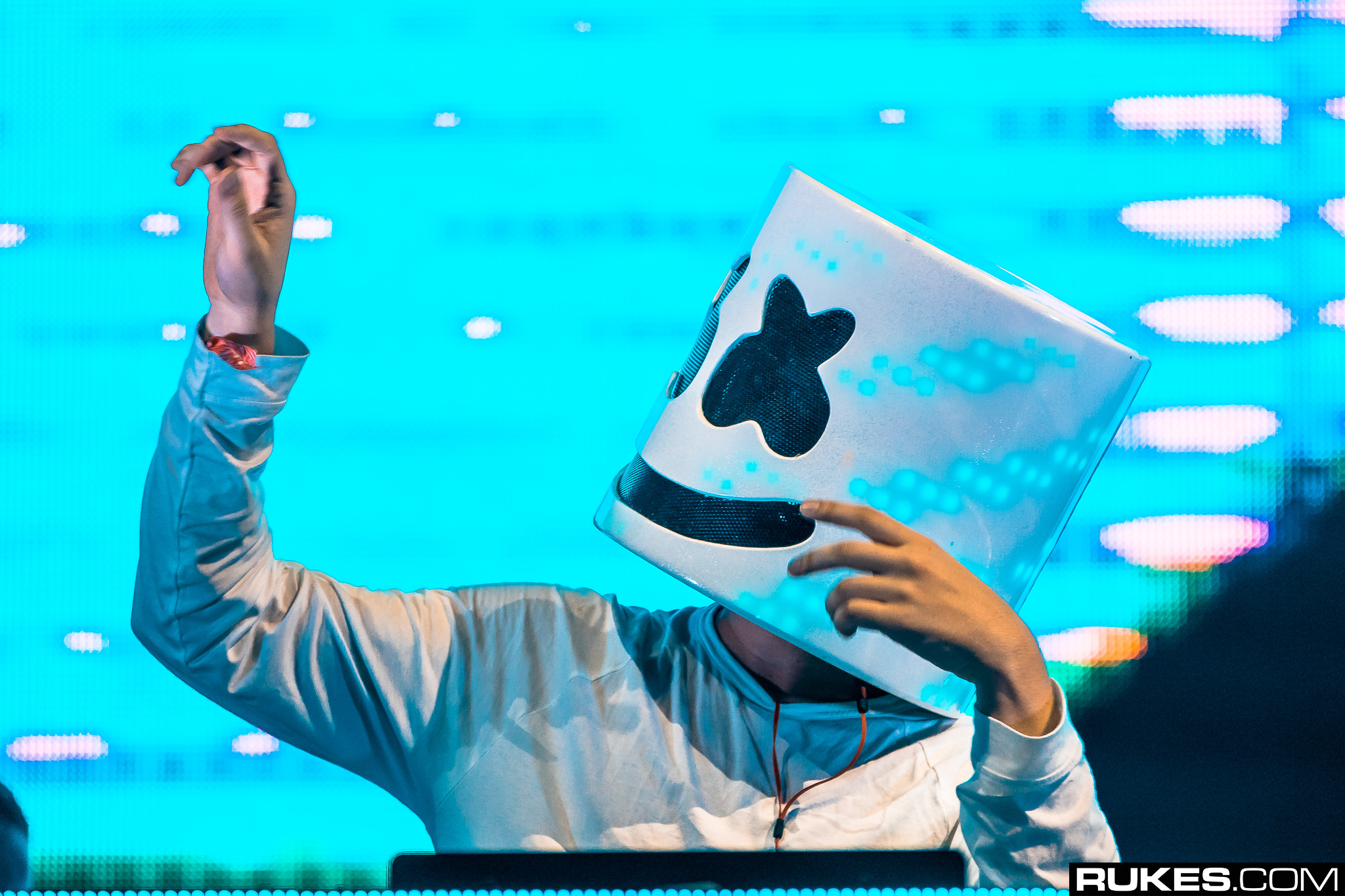 Since bursting onto the scene back in 2015, Marshmello has quickly cemented his status as one of the biggest names in the EDM universe. With every passing release, it seems like continues to transcend EDM into becoming one of the biggest name in music cross-genre. So far, he’s worked with Far East Movement, Tinashe, Noah Cyrus and now he’s set to add another big name to that list of collaborations in blackbear

Last night in a post on his Twitter account, Marshmello announced that he had a release coming soon with R&B star blackbear. The announcement comes via a picture of blackbear wearing the Marshmello helmet. No other details on the release have been revealed just yet but hopefully, we hear some soon!