Those who make their passions into their life’s work do not do so because they want to— they do so because they must. True creatives, whether driven by art, music, writing, or anything else, never put that passion aside to pursue the mundane.

The same can be said for trance artist, MaRLo (real name: Marlo Hoogstraten). Ever since he was a small boy, he always found himself creating something new. Over time the outlet evolved from drawing, to computer animation, and finally to music, leading to the artist we know and love today.

“I’ve always had a fascination with the idea that there is nothing there, and then after you put a lot of work, energy, creativity, and your mind into something, there is something there. I used to draw and paint a lot, all through high school actually. But I also really liked computers. I combined the two and started making computer animation clips and short animations. Then I started to make sound effects and background tracks. That was how I originally learned how to make music— for my animations. At around the same time, I had just turned 18 in Australia, which was the age you had to be if you wanted to go out clubbing. I was getting into the clubbing world and getting into trance and dance music at the same time as that major creative outlet. Making music somewhat fell in line with my other passion at the time, which was going out.” 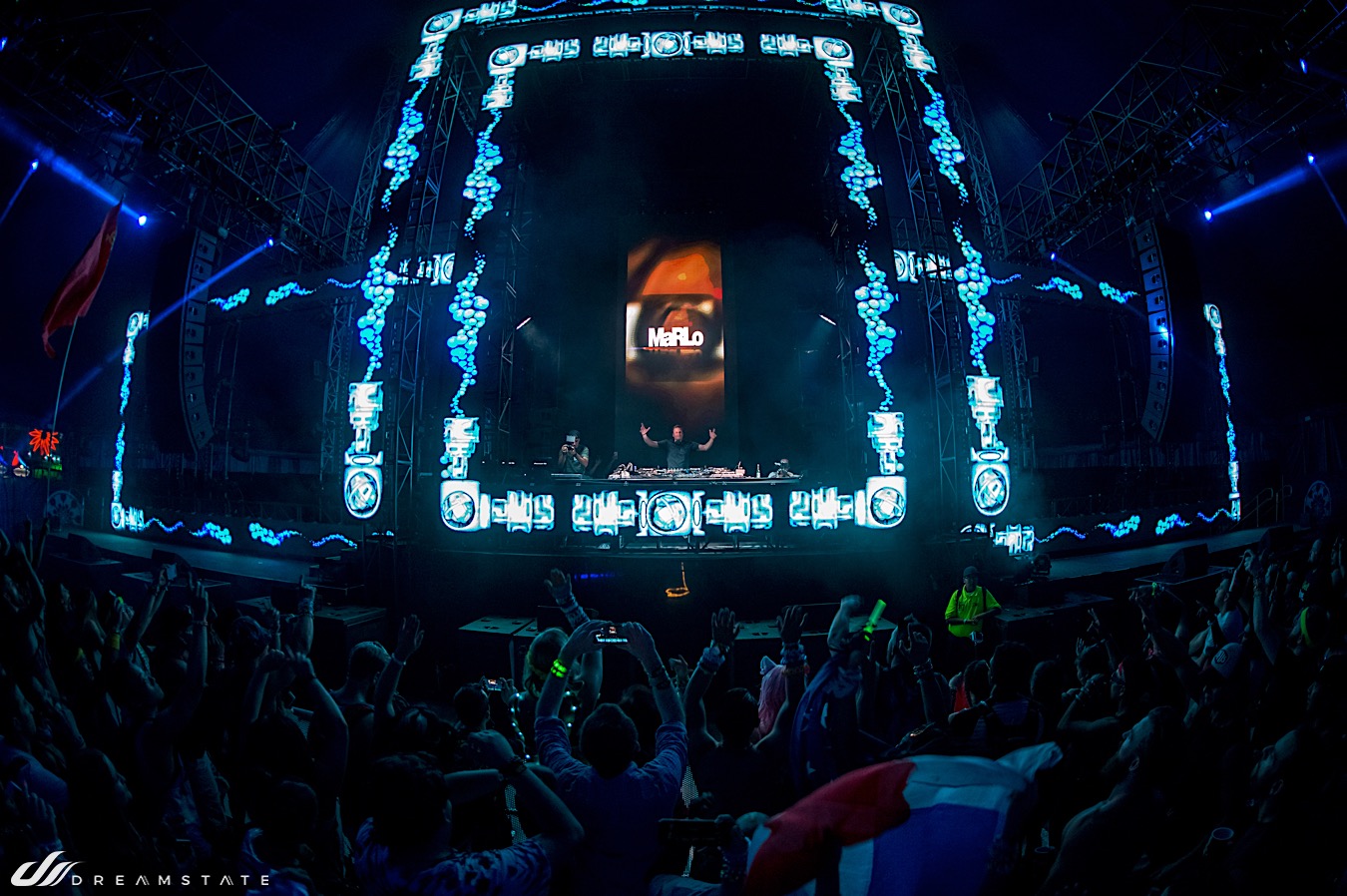 Before he knew it, MaRLo had fallen in love with the sounds of artists like The Prodigy, Aphex Twin, The Chemical Brothers, etc. Although most of the popular clubs that people went to weren’t playing a lot of those artists at the time, MaRLo felt a connection to them beyond their sound, as he was also originally from Holland. MaRLo looked up to the Dutch pioneers of the electronic scene, and was inspired to start creating his own music as a young man living in Australia with a newfound connection to the original culture.

As many artists do, there was a particular moment early in MaRLo’s journey that stands apart from the rest to this day.

As he backpacked through Europe with friends after high school, MaRLo found himself with an opportunity to carry record boxes for a DJ at an event in Holland. He jumped at the chance, and soon felt the energy that all of the artists he looked up to were presumably experiencing at every show.

“There was a moment when I was helping the guy set up on stage…I looked out at the crowd and I was just blown away by how many people were there, the production, the sound system, and just watching everyone share the same pulse in that moment. You’ve got so many people from all different backgrounds moving to the beat at the same time. That creation of unity through that expression of art really captivated me. From that point on I focused everything on producing music. For me, making music is the creative outlet that I have to utilize. Just like drawing and painting was before. Music has taken over. So it’s not like I make music to try and write a hit or capture an audience, I produce music because I must. If I’m happy that’s how I express myself, if I’m sad that’s how I express myself.” 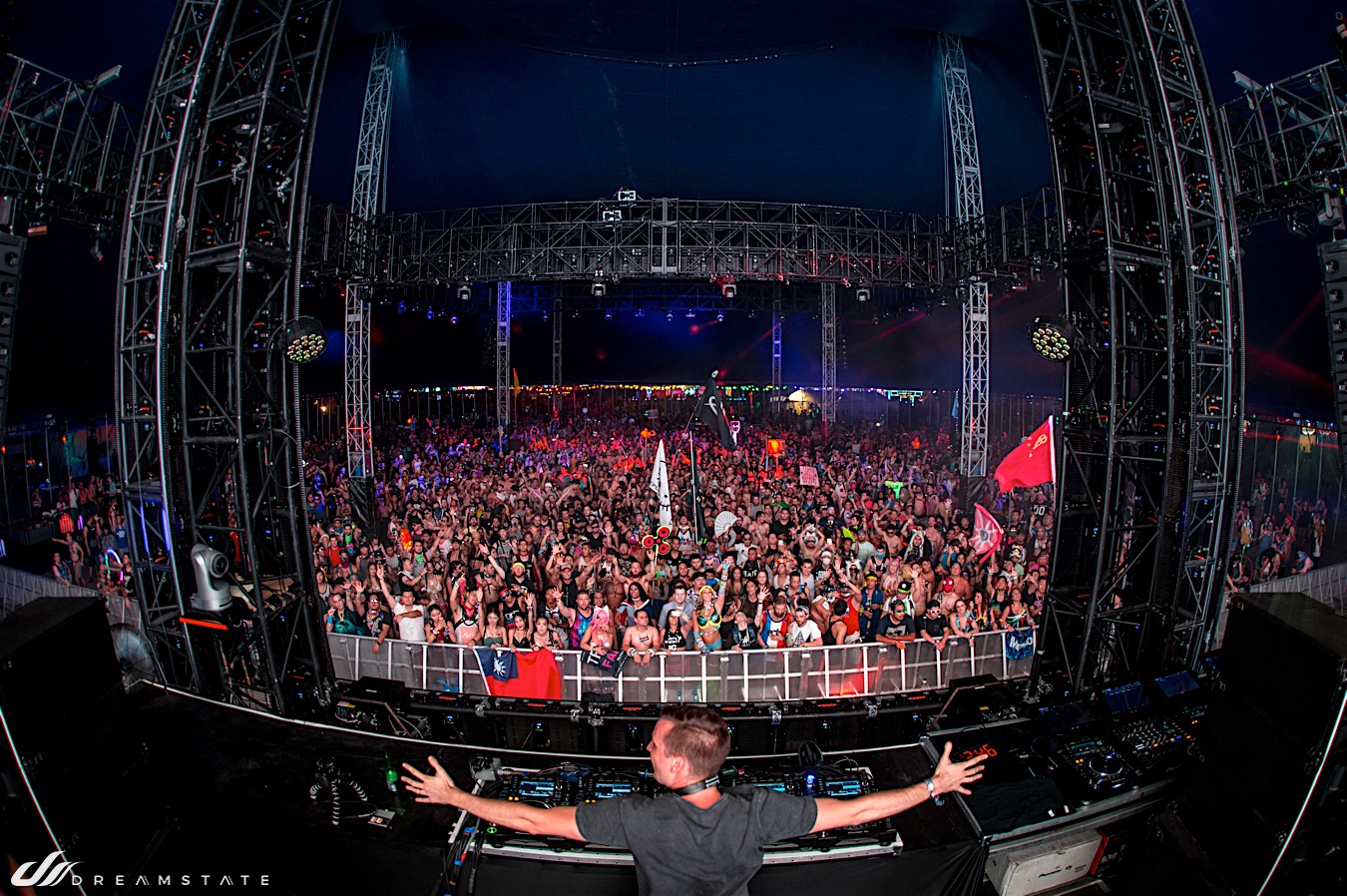 Unfortunately, having such a dominant creative side has its struggles as well. For example, money was not always coming in at a reliable or constant rate. MaRLo is one of many artists who held a day job to stay afloat as he built his career and flourished into the artist he is today. Finding a way to balance a place-holding job that generates income while finding the time to perfect one’s creative projects that he/she hopes to one day make full-time is no easy feat. The struggle of finding a way to do both is what thins out the majority of the pack.

For MaRLo, however, it was an opportunity to push himself.

“You can’t spend 15 hours a day in the studio if you’ve got bills to pay. It really sucks actually [laughs] that you can’t always get creative when there are bills and responsibilities. I had a part-time job for a very long time. For many years I was working jobs that I absolutely hated. I’d finish at 5pm, get home by 6, and then I’d work in the studio until 2am. Then I’d get up at 7 or 8am and do it all over again. But I would still make sure that I had about 80 hours of music per week— which is over the amount where it’s purely for the joy of it, but I also knew the reality of the situation.

If you want to become the master of something, if you want to become really good at something, or at least good enough to get paid for it, you have to put everything into it. When it was 11 or 12pm and I was getting tired and thinking about going to sleep, I realized that that is what the other guy is doing. I’ll do another three hours. That mindset of continuing when I wanted to stop and everyone else is stopping is what really helped me break through. There were certainly sacrifices in doing that and it wasn’t always great. There were many times where I even told my mom that I felt like I was walking in a desert and yelling out with my music and no one gives a shit. That’s a really discouraging feeling because you need little bits of motivation and encouragement to keep going. When you don’t have them for a long period of time, it can bring you down.”

The hardships of working as an artist stretch beyond what you can measure on paper monetarily as well. As a brand new father, finding the time to be with family in the most important moments can be difficult. As MaRLo explains it, of course it is a wonderful feeling when the fans are screaming while the artist stands up there in the booth with their hands up; there is a genuine happiness that can’t quite be replicated. However, it’s very difficult when touring for months at a time while a family awaits at home. 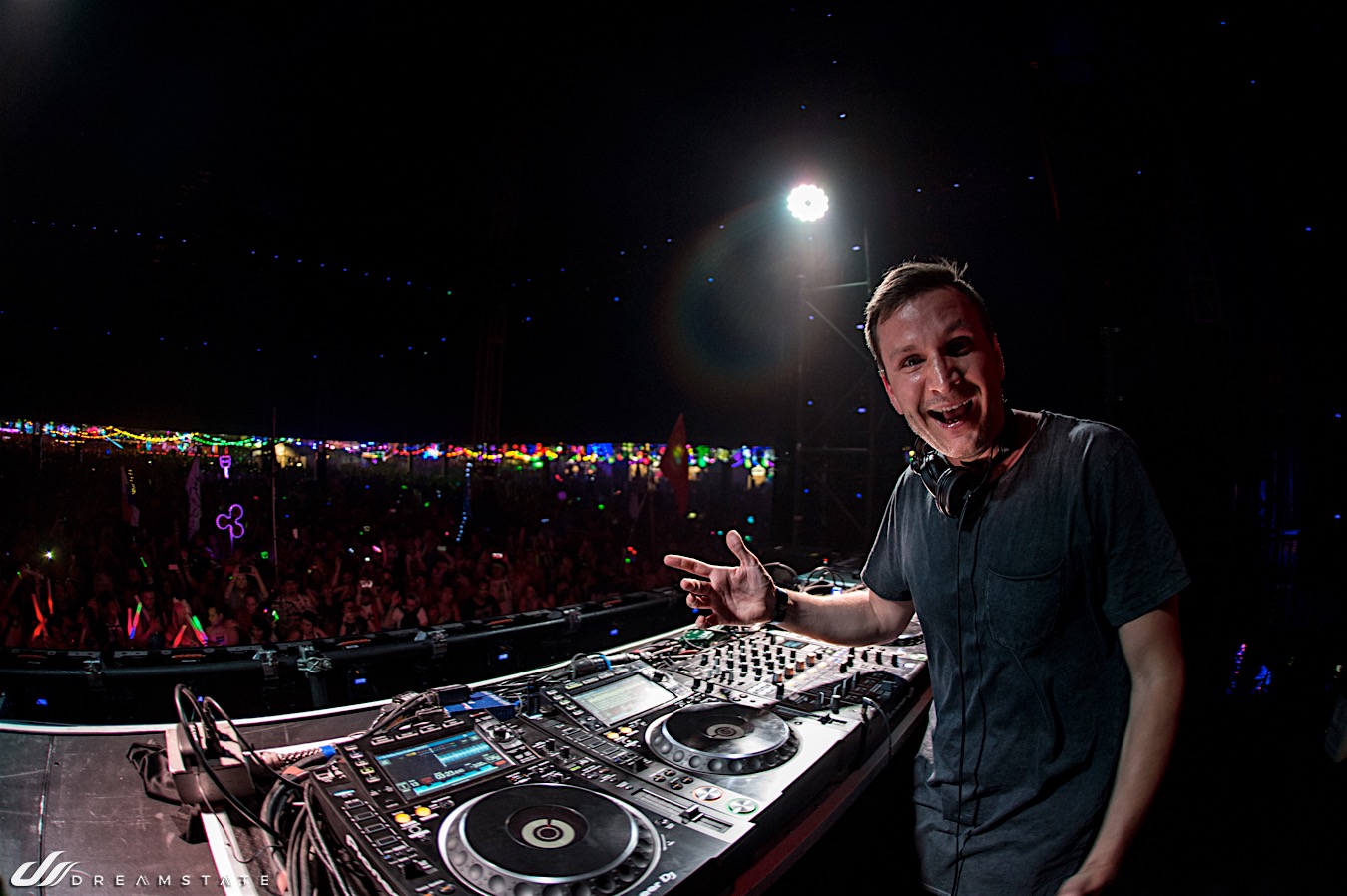 When it comes down to it, there still isn’t anything MaRLo would rather be doing. He creates because he must, and there are many artists out there who would share that same mentality. As for any changes MaRLo wishes to see in the future of music, there is definitely a concern for the artist and giving credit where credit is due.

“I think it’s a real shame that making music has no more value. What I mean is…in order to make a living, you have to tour. There might be a great producer that isn’t socially comfortable DJing in front of a crowd, or doesn’t have a great stage presence that doesn’t want to be in the spotlight. They just don’t get the chance to be heard. I think that’s a real shame. Everything is consumed for free. Making music has become a promotional tool. It also means that your shelf life as an artist is a lot shorter because you don’t want to be standing on stage when you’re 60 or 70-years-old anymore, but you can still definitely make music. The trade-off is that you can’t really make an income unless you do something like teaching a course.”

On a much grander scale, MaRLo is quite conscious of the fact that things need to change in the world as well. The luxury of art is one thing that can always be examined, but being mindful of our home and planet is now more important than ever. MaRLo has seen parts of the world change for the worst, firsthand, to the point where there is no life left in that place at all.

“The world is an absolute mess. It makes me sad just thinking about it. I think we’ve completely taken advantage of our home. The ocean shows the first sign. When I first moved to Australia at 13 years old, I would go snorkeling and it would be full of life. There would be dolphins, turtles, etc. If you go back to those same spots now there is just nothing left, but maybe some seaweed. There’s tons of research and people that could put it in better terms, but from what I’ve seen firsthand and when I used to surf, the same beaches I used to go to now have plastic everywhere. It really breaks my heart. We’ve gotten to a point where we value our own luxuries more than we value our own planet.”

There is always something bigger than us to keep in the back of our minds. As a creator or artist, no matter the form, your projects are eventually not just for you, but also for those who listen. In the same way, our home is for those who live here. The way we treat it is the way we treat those we share it with. We can all take note from MaRLo’s story— the more we pour ourselves into our craft, the more aware we are of the impact we have, the better off everyone around us will be.