by Petey Mac
in Events, Featured

There’s something really special that happened August 5th-6th in Nashville, TN: Deep Tropics. We’d been highly anticipating this festival for the past few months now, eager to see and experience all this festival had to offer. Needless to say, Deep Tropics did not fail to disappoint in the slightest, enjoying an incredible debut in Nashville.

It’s really one of the first EDM festivals to grace the Music City, which in itself can create challenges, one being the attendee’s reception of everything, especially in a area still dominated by other genres like country, christian, or rock music . Expectations were blown away when things kicked off Saturday at the East Ivy Mansion, a palace that housed afternoon VIP pool parties each day, along with slip and slide’s, food trucks, water balloons, and sets from Paper Diamond, Mija, Subrinse, Wick-It-The-Instigator, and yours truly. The experience was very relaxing, allowing people to lounge by the pool or trees if they needed shade, but also providing a fun dance floor around a beautiful fountain that saw many splashing around, vibing to the music. The sets complimented the atmosphere wonderfully, as DJ’s like Mija and Paper Diamond blended their bass music influence with house that created some really unique sets that I know I’ll never forget.

From the mansion, things moved to the War Memorial, a beautiful indoor-outdoor venue that whisked you away into a tropical paradise the moment you stepped in. The views outside were amazing, as the capital building of Nashville stood tall behind the stage, surrounded by the beautiful Nashville skyline. Inside was the Tranquil Temple, a massive auditorium with two LED screens on each side of the room, as well as a massive one on stage, which offered various sessions of yoga for all that wished to take a break from heat. That evening, bass music rocked the room, including massive sets from Barclay Crenshaw, TroyBoi (who played one of the best sets I’ve ever witnessed), and Paper Diamond. The energy was insane, especially when Paper Diamond decided to release tons of balloon’s from the ceiling that sent things to the next level!

Outside, SNBRN (who is no longer a fan of Nashville’s Hot Chicken after having an encounter with the spiciest one ever made) rocked G-House until Mija took the decks, blending funky, disco house with her iconic, Owsla sound. She even closed the set with some unreleased music from an upcoming project, a short film she’s been working on over these past few months, something that reminded me slightly of RollerGirl. Justin Martin closed the night out with a set that took me to house heaven. He’s a legend and watching him do his thing was a dream come true. And guys, that was just day 1.

Sunday was equally spectacular, and to be honest I had to words left in me at the nights end. One of my personal biggest highlights was watching the Desert Hearts crew (Mikey Lion, Lee Reynolds, Marbs, & Porkchop) tear it up outside. It was about two and a half hours of the best tech & deep house mixed perfectly by these legends. Halfway through, rain started coming down heavy, which you think would move everyone inside, but no, in fact the crowd stayed and got even crazier during this set, it was a remarkable sight.

Inside, Machine Drum rocked the Tranquil Temple, dropping some of the hottest tracks I think I’ve ever heard, including an all around immersive light show that whisked you away into his set. Energy kept rising as Bob Moses followed with an awesome set, and then the one and only Gramatik stepping on to close out the evening. I’ve seen Gramatik now twice, and also watched a lot of his videos online, but what he did at Deep Tropics is still blowing my mind. Between the him and his friend accompanying with live piano, this set is definitely one of the most special and unique performance’s I’ve ever experienced. Thank you Gramatik. 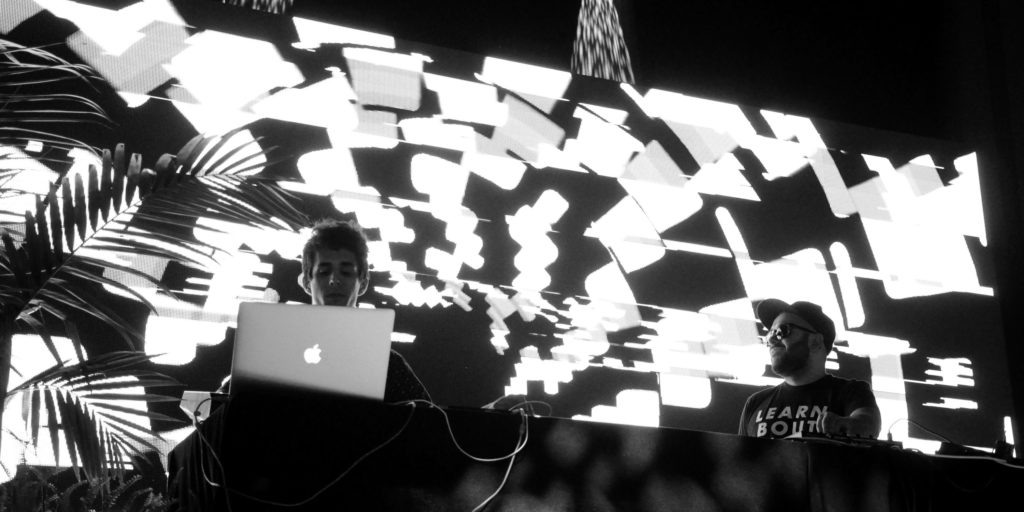 I’m still wrapping my head around all that Deep Tropic’s was this year and in my eyes, it couldn’t have enjoyed a better first year. Thank you Deep Tropics. Thank you Nashville. And thank you for reading. See you next year!