Over the weekend, Excision was busy putting on his debut festival Lost Lands. As festival attendees were headbanging to hundreds of thousands of kilowatts of bass, some spotted flyers that featured news about Excision’s upcoming North America winter/spring tour – and were kind enough to share it with us non-attendees.

Featuring over 30 dates across the United States, Excision’s 2018 Tour Featuring The Paradox looks to be one of the most anticipated winter touring events of the year. Better yet, plenty of the major markets like Detroid, Chicago, Los Angeles, New York, Portland, Denver and Washington DC will all feature double-up shows! 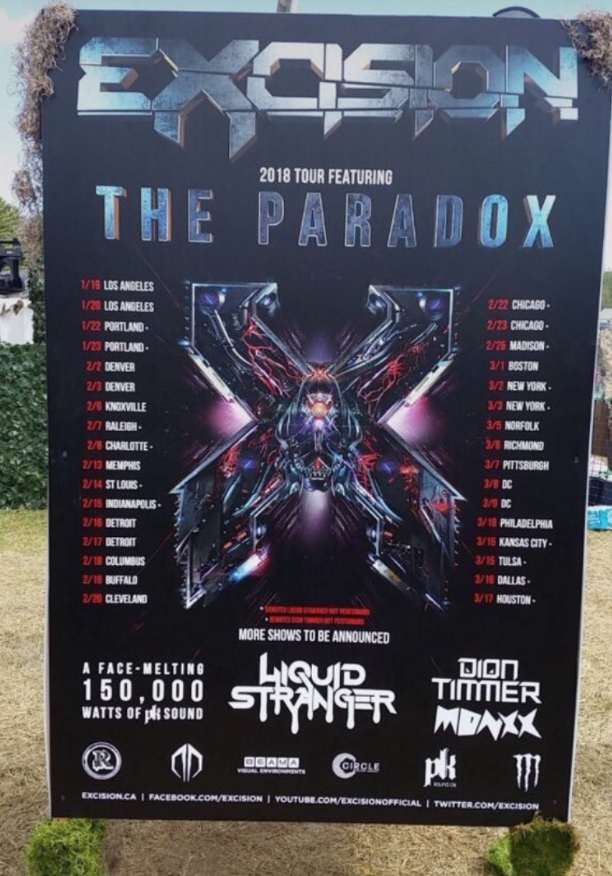 Keep your eyes and ears peeled for more news about this tour coming soon!