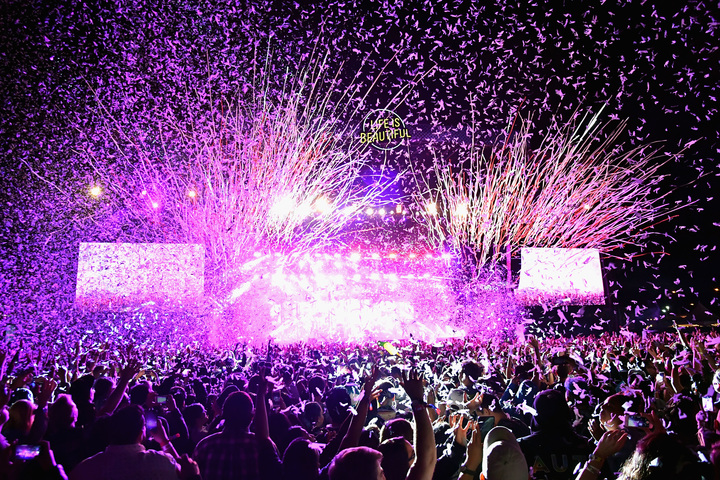 UPDATE 10/5: Police have confirmed the reports that Paddock rented a room at the Ogden a week prior to the Las Vegas shooting in a press conference Wednesday.

He stated that it’s unclear why Paddock rented a room at the Ogden.

While hundreds are still reeling from the aftermath of this Sunday’s attack at Route 91 Harvest in Las Vegas, it has come to light that the shooter might have been targeting another Las Vegas festival the week prior, Life Is Beautiful.

According to a senior law enforcement source who spoke to the Daily Beast, Stephen Paddock rented multiple condos overlooking the annual Life Is Beautiful Festival at the Ogden Hotel.

Melissa Warren, public affairs officer for Fais Foley Warren, owner of the Ogden, could not confirm or deny to the Daily Beast that Paddock had rented rooms at the hotel, and suggested contacting the LVMPD, as it is an ongoing investigation.

The source didn’t give a reason for why Paddock didn’t initiate that attack, only saying he “may have lost his nerve or simply changed his plans.”

Life Is Beautiful Festival featured acts ranging from Lorde to Chance The Rapper, as well as Muse, Gorillaz, and more. Attendance numbers for this year have not yet been released, but 137,000 people attended last year.

The Life is Beautiful Festival family is devastated by the horrific events that took place on Oct. 1 in our hometown of Las Vegas. Our thoughts and prayers are with everyone in our community, the victims, their families and the first responders.

Life is Beautiful is founded in the beliefs of community and our collective love for each other and the arts as well as making the world a more beautiful and loving place. In the wake of this tragedy, we gather strength from these ideals and urge everyone to come together as a community, support and love one another. We will overcome the hate and the divisiveness together. We will lean on each other to move forward and to create a world in which love is the only option.