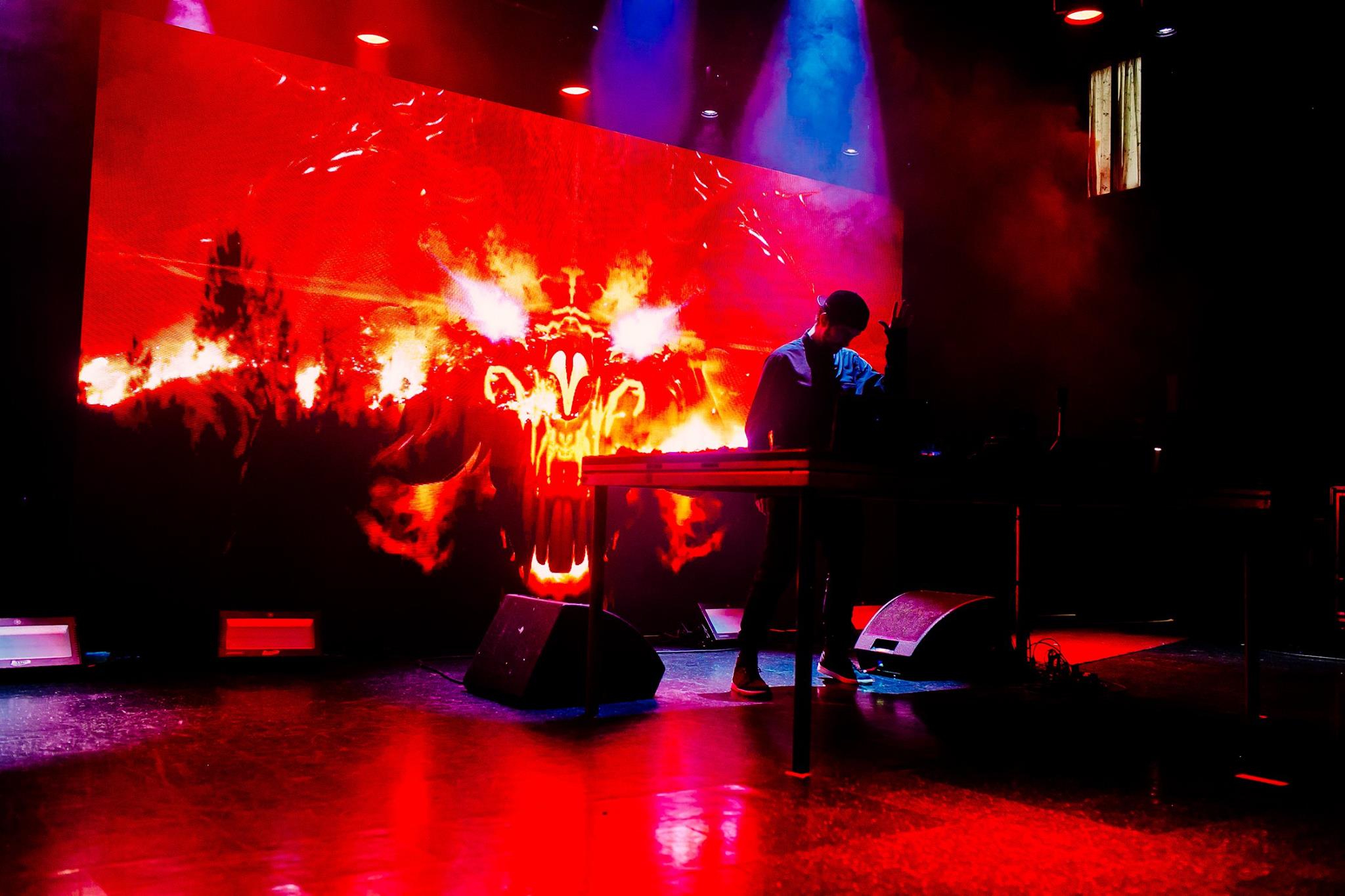 There are few artists in the dance music realm who seem worthy of taking up the mantle left behind by French electro legend Gesaffelstein, but Drezo is one of them. Of course, just saying that the two are comparable is an obvious disservice to Drezo, as he’s trying to carve out his own lane in dance music, and doing so successfully.

Drezo began his new Evil Live tour last Friday in Los Angeles, a final culmination of his artistic expression and vision as a producer and creative. The set up was minimal, with only an LED panel behind him, barely extending past the ends of the DJ table upon which he performed his craft. Yet, the minimalism was paramount in drawing people into the evil, hypnotic world that Drezo was spinning right in front of our eyes.

The music was dark and foreboding, which matched perfectly with the visuals. Hues of red pervaded the performance, clearly curating a very specific aesthetic. With each new drop, cheers of “Oooh!” and “Aaah!” rang forth from the crowd as their arms went up and shoulders swayed to and fro amongst the masses.

If I had one criticism of the show, it was that I couldn’t really tell what was supposed to be “live” about it. Speaking to an insider on his team, he remarked that it was more like his “vision come to life,” which is 100% true.