Fans were excited when Porter Robinson announced a 3-hour Virtual Self set for Miami Music Week; unfortunately, that excitement quickly turned to heartbreak when the event sold out before 60 seconds had even elapsed.

The tickets went on sale at 10 PST / 1 EST. As you can see from the image below (we can assume the poster is in the central time zone), the party sold out before hardly anyone had even seen the announcement that they were in fact on sale.

This isn’t the first time such an event has happened with regards to buying tickets, and it won’t be the last, but it still seems suspect when hundreds of tickets are snatched up quite instantly.

Apparently some people managed to snag select tickets minutes later as buyers were automatically kicked from their checkout pages, so at least that functionality is working. The ticket page currently shows the event as “Off Sale,” rather than sold out of tickets.

Judging from the sense of exasperation expressed in replies to Porter on Twitter, we expect some kind of statement to be made soon, or for the venue to be moved to somewhere larger (though the latter is far less likely). 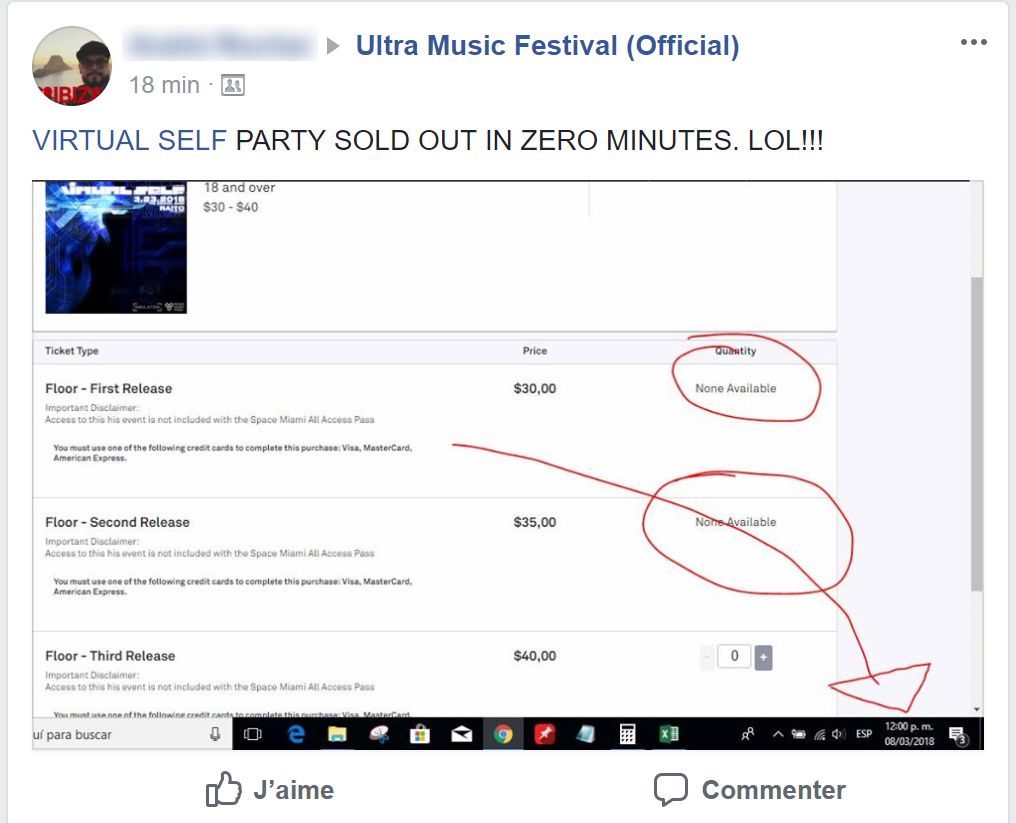