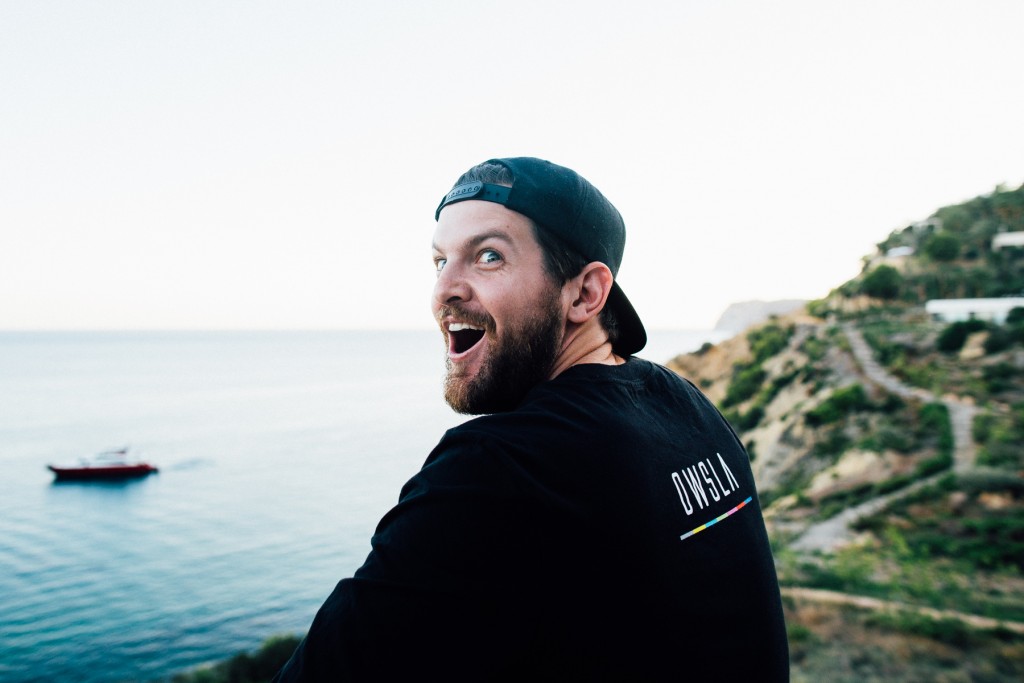 The internet is in an uproar this week after a mural popped up in Los Angeles, guarded by an armed security guard who would only allow people to take photos with it if they proved they had 20,000 followers or more on Instagram. Some people and publications took this at face value and immediately decried the entitlement of such social media “influencers.”

The sign out front read: “Private Mural. For verified influencers and people with over 20,000 followers only. We apologize for the inconvenience. See security staff for proof and access.”

It also asked influencers to tag accounts on Twitter and Instagram for “Like and Subscribe.” The phrase is commonly used at the end of YouTube videos, but the accounts on the platforms were new when the mural went up. They’re now sitting at 15.1k and 12.7k followers, respectively.

The profile avatars for both platforms also, suspiciously, show a photo of none other than Dillon Francis. When we asked Dillon if he was involved, he responded, “Hehehehehhahahahahaa.”

A little more digging led us to Jack Wagner, who has claimed that the mural is promotion for his new show called “Like and Subscribe.” The mural is a reflection of the show’s content, Wagner told KGTV.

very exciting day today folks. to celebrate the upcoming release of my new show @likeandsubscribe we created a beautiful instagramable mural designed specifically for influencers. influencers work so hard every day to curate beautiful feeds and inspire us all, we wanted to make something specifically for them. most of the best murals in LA are already posted too often, which is why this mural is for verified influencers only (or people with over 20k followers). We even hired an armed security team to guard the mural this week to make sure only verified influencers are able to take photos with the mural. this is something i thought influencers would appreciate but unfortunately a lot of them got very mad at this and only had bad things to say. we wanted this mural to capture the themes of positive vibes and love, apparently some people dont have enough of that in their lives. this mural is not about excluding anyone. we put alot of work into making this mural great and we just wanted to showcase it in the most curated way possible. great painters pick the best possible canvas for their masterpieces, we are doing the exact same thing but with accounts. if banksy were alive today i feel like he would do the exact same thing.

“The show is about influencers and social media stars, so this was kind of our way of doing a real-life episode of the show,” he said. “It’s about a manager who, without really thinking too much, signed a bunch of viral stars at the peak of their one minute of fame and now they’re just causing problems with him.”

That manager will be played by… you guessed it, Dillon Francis. John Milhiser, a former SNL cast member, and comedian Brandon Wardell are also in the cast. It debuts July 9.

coming July 9th: a show about the hardest working and most important people in america, influencers. pic.twitter.com/9jCJV1paF6