The Las Vegas Metropolitan Police Department has officially closed its case on the worst mass shooting in modern US history.

On October 1st, 2017, Stephen Paddock sprayed bullets into the crowd at Route 91 Harvest Festival, murdering 58 people and injuring hundreds of others. On August 3, 2018 — after months of investigating — police are concluding the shooter acted alone from the 32nd floor of the Mandalay Bay hotel.

Authorities also believe Paddock turned the gun on himself before police could bust in his room.

While there are some answers, the greatest overlying question remains a mystery — his motive. There was no note or manifesto to be found in his hotel room, according to police.

The report states: “no evidence of radicalization or ideology to support any theory that Paddock supported or followed any hate group or any domestic or foreign terrorist organization.”

Prior to the horrific massacre, Paddock booked rooms outside of Lollapalooza in Chicago and Life is Beautiful festival in Las Vegas. He ended up cancelling his reservation near Lolla, but was caught on camera by hotel surveillance over the weekend of LiB hauling several suitcases into his room. It’s unclear if he had any plans to attack.

Even more bone-chilling are his reported Google searches leading up to the attack. See below. 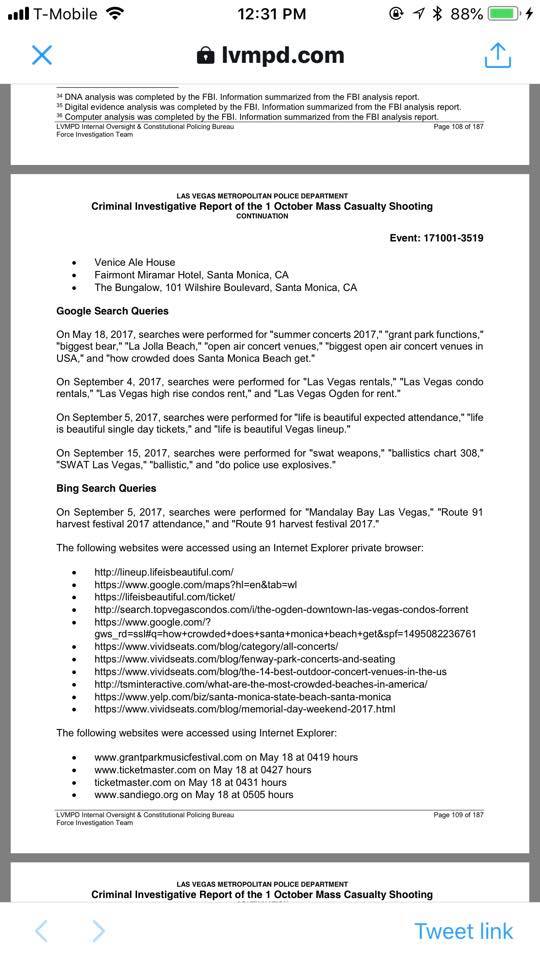 Gryffin Releases New Song “Tie Me Down” With Elley Duhé