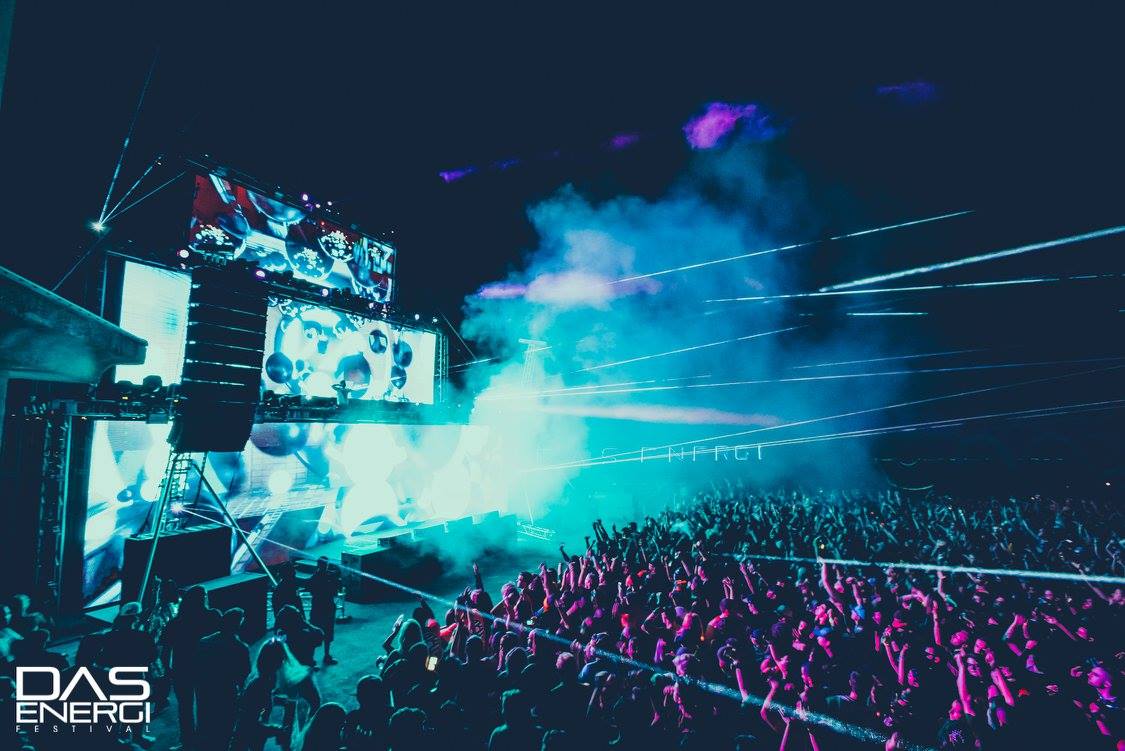 Das Energi Temporarily Shut Down, Evacuated Due To Weather During First Day

Last night around 8pm local time, Das Energi Festival in Salt Lake City, Utah began to experience heavy rain and winds that eventually forced the festival to shut down and evacuate attendees for a number of hours. Sets from Ray Volpe, Midnight Tyrannosaurus and more on the Galactic Flats stage were cancelled as a consequence of parts of the staging collapsing. Sets on the Energi Field and Synergy Station stages were rescheduled and the festival re-opened later that night.

Reports on the ground at the time alleged that an attendee had been struck by part of the falling staging, though Das Energi denies knowledge of any incident in their official statement, sent out last night.

The forecast for tonight lists chance of precipitation below 20%, so hopefully there will not be a repeat of last night’s unfortunate situation.

Due to unforeseen circumstances and unpredictable weather, Das Energi Festival night 1 was temporarily shut down and out door stages evacuated for the safety of our patrons.

Unexpected high winds, lightning storms, and heavy rain caused the shutdown at approximately 8:15 PM on Friday, August 17th. This decision was in the best interest of festival attendees, and made to ensure the safety of our patrons.

V2 comments, “It is unfortunate and we apologize to our patrons for the unexpected situation, but we are working hard to get the festival back up and running, once it is safe to do so.”

Some reports have come in of an injury at the festival. No serious injuries occured due to the swift evacuation of the outdoor stages, but we continue to monitor these reports.