Justin Martin Announces his New EP and North American Tour, ‘Set It Off’

by Georgia Modi
in About, Events

The wait is finally over for many of us who have been been wondering when famed Dirtybird artist, Justin Martin, would be releasing new music. His new two track EP ‘Set It Off’ is slated to come out on October 12th, and acts a beginning to Justin’s endeavor to showcase his new creations. This EP is really something special because it will bring to light his official remix of 1980’s electro star Strafe’s original world-groove dance track. After countless hours of working to perfect its sound, the result Justin is presenting us is an 808 percussion driven yet melodic rendition that falls within the collision of styles that has defined his productions from ‘Ghettos and Gardens’ and ‘Hello Clouds’.

What better way to honor such an awesome release than to follow it up with a 28 stop North American tour stopping at some of Justin’s favorite venues along the way. The tour will kick off in Seattle on September 29th at the Monkey Loft. It’s not all venue stops either though, he will be making appearances at a few festivals such as Dirtybird Campout West, Suwannee Hulaween, and B2B Holy Ship sailings. You can check out almost evert date announced so far on the flyer below, there are still a few left to be announced.

If you’re looking to snag tickets to any of these shows before to check out Justin’s website here. 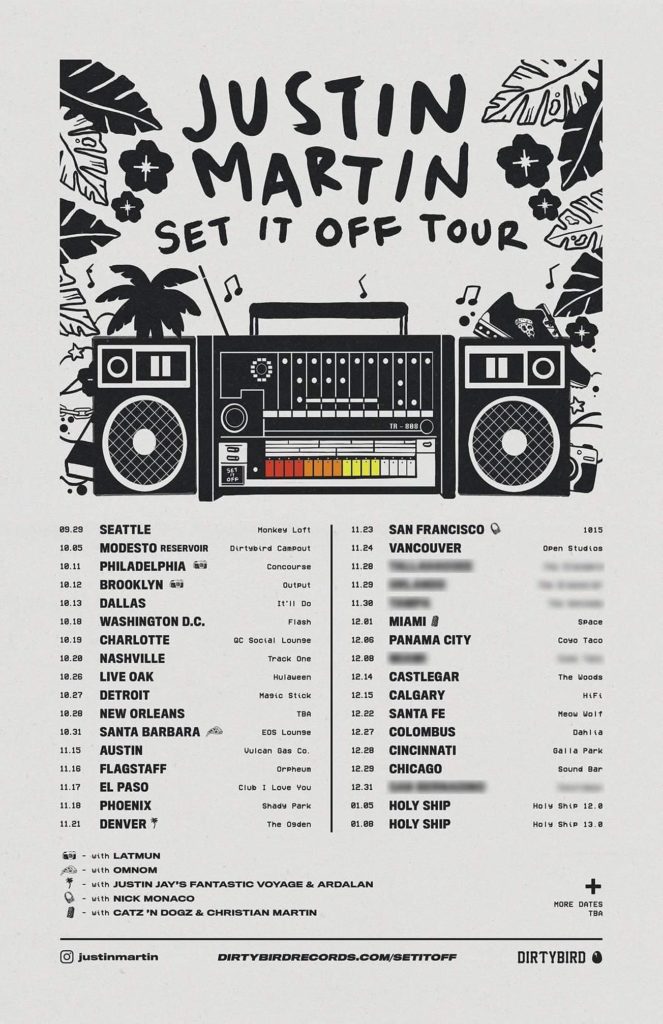 Shane 54 Discusses Life After MS54, Healing, & Biggest Single Yet, “Out Of Time” [Interview]

Shane 54 Discusses Life After MS54, Healing, & Biggest Single Yet, "Out Of Time" [Interview]