Win Tickets to ANY Stop of The Glitch Mob Fall Tour

We’ve now had plenty of time to listen, feel, and absorb their newest album, See Without Eyes, now it’s time to hear it live! At the end of September The Glitch Mob embark on their brand new Fall tour and we’ve got a little something special planed for everything. Single. Stop.

That’s right, we have teamed up with The Glitch Mob in order to make sure a number of deserving fans get to catch them perform in every city that they go to. 18 tour stops, 18 winners.

Entering is pretty simple, check out the tour flyer below and see what shows you can attend. Then scroll down to the contest widget for that specific tour stop and follow the different steps in order to gain entries! The more entries you have, the better your chances of winning! Each stop will have one winner who will receive a pair (2) of tickets to the show. The winner will be contacted a few days before the event via email so be sure to keep an eye out on your inboxes.

If you don’t want to miss out when The Glitch Mob come to your city than don’t worry, head to their website to snag tickets now! 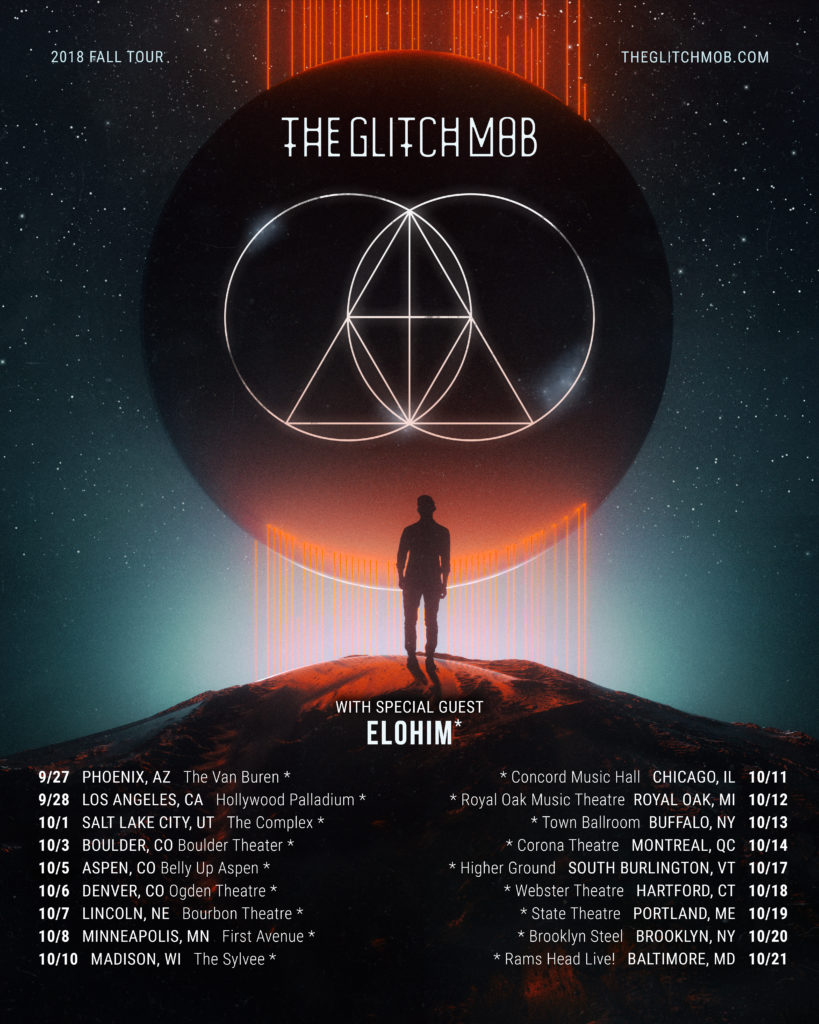 Daft Punk and The Weeknd Sued for Allegedly Stealing “Starboy”

I work as the press coordinator, doing a lot of behind the scenes work here at Your EDM, as well as a ton of giveaways for our fans! You'll catch me photographing events around Chicago pretty often, too. [email protected]om