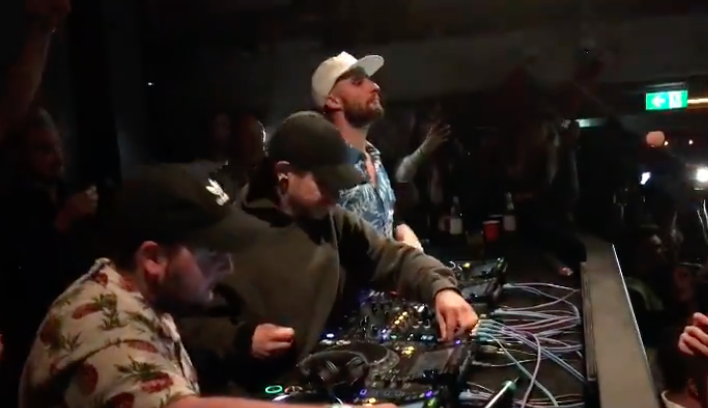 Somewhere in Australia Skrillex and Fisher went back to back to shut down the club last night. Part of us is dying inside because we missed out and the other part is screaming with joy because we’re so happy this happened.

The surprise b2b went down at Ministry of Sound‘s official Listen Out after party in Sydney, which Fisher was headlining with support from Kormak and Coda. Skrillex wasn’t on the bill, but that’s never stopped him before.

Before hopping on the decks, Skrillex cut the music and got on the mic to insist that the club turn down the lights. “No lights! That’s the only way we’re going to continue this,” he says in the video below.

Club owners take note, the only sure way to get the party (or the after party) started — turn off the lights. Having Fisher and Skrillex throwing down doesn’t hurt either.

Watch just a little glimpse of the action right here!