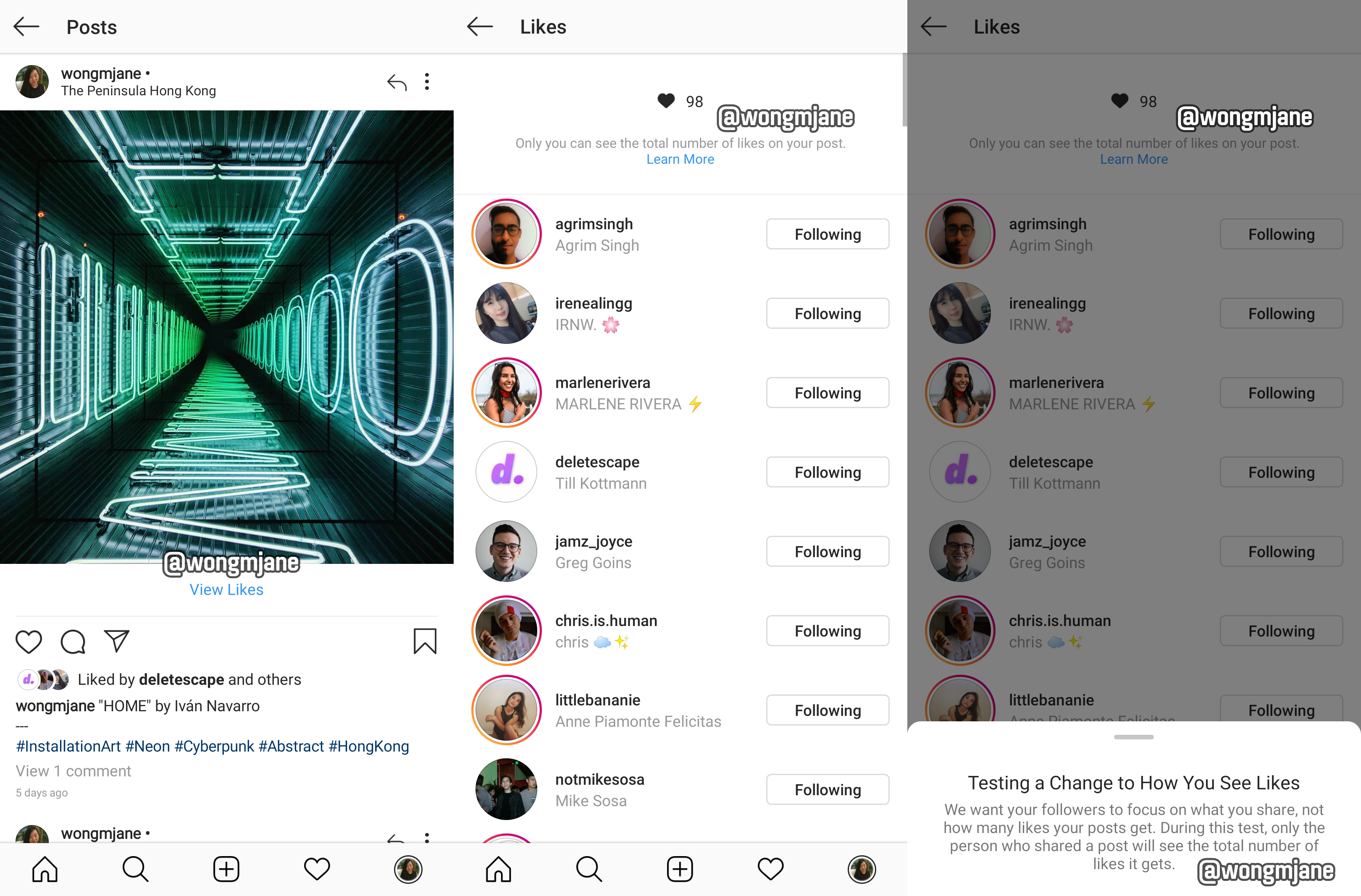 Since its launch, the social media giant has based much of its livelihood on double taps. Influencers and Instagram famous users have flourished with the like system — the more the better. And, posts with a lot of likes have generally been rewarded with even more likes.

Newer developments with the algorithm have pushed posts with more likes to the top of feeds and into the discovery tab. Instead of chronological order, relevant or popular photos and videos tend to appear above all others.

Now, Instagram is completely changing its way of thinking through a new test. This design change would hide likes from the feed, forcing users to seek out more info on a post to view its full like tally.

The design change test first spotted by Jane Manchun Wong, has been mocked up to show how the hidden like system would appear. It was discovered in Instagram’s Android code and appears to still be in the works.

Insta has addressed the potential change in the following statement:

“We want your followers to focus on what you share, not how many likes your posts get. During this test, only the person who share a post will see the total number of likes it gets.”

This could reduce competition among users and encourage more authentic posting without the pressure of like count. This could potentially create a more fair and positive standard of community on the platform.

Honestly, we’re all for this… What do you think?