Earlier today a few eagle-eyed EDC Las Vegas-goers spotted what appears to be a brand new billboard just off the freeway highlighting none other than a confused-looking San Holo. The billboard was pretty succinct and only featured the words “Lost Lately” with a phone number below. Of course, doing what any reasonable people would do, we called the number as soon as we could. 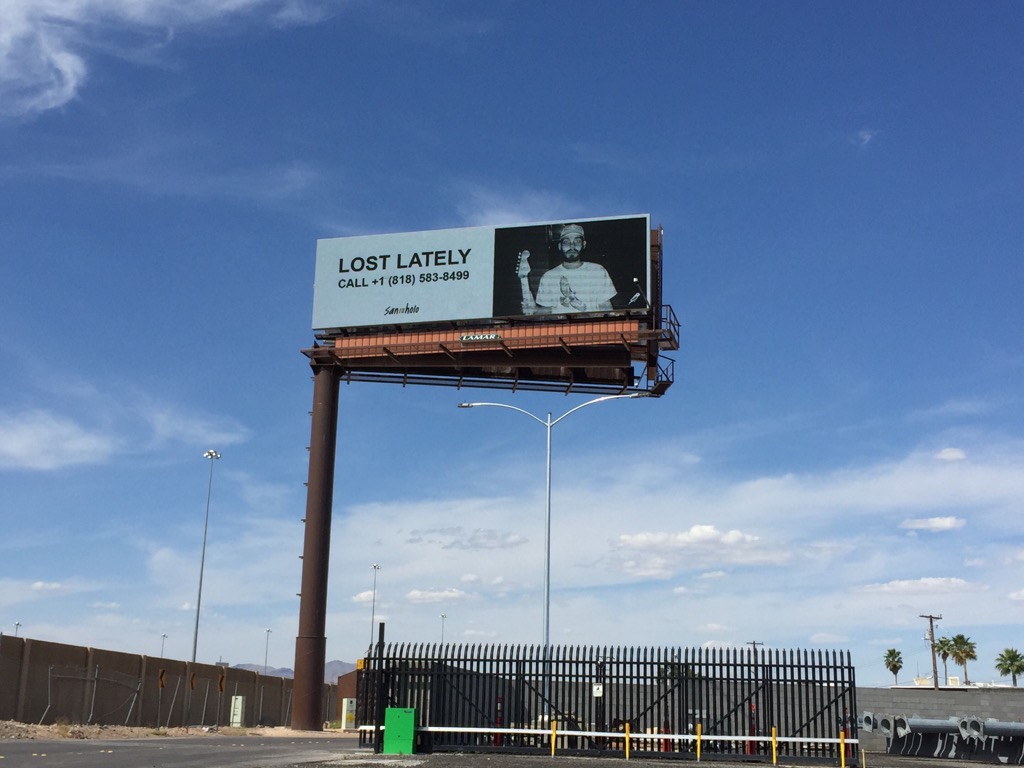 Calling the number took us to a voicemail from San himself where he talked about feeling ‘lost lately’ and how that had inspired him to create a song, aptly titled “Lost Lately” which he would release on June 13th before fading into a short preview. There’s also a bitbird logo on the billboard which leads us to believe that the song will be released on San’s own label once again. Unfortunately other details on the song remain scarce for now but what we do know is that June 13th is coincidentally also the date of San’s debut Red Rocks show so that’s something to keep in mind.

Call the number for yourself here: +1 818 583 8499 and if you’re around for EDC be sure to check out his set at Kinetic Field on Sunday evening.