Rolling Loud was a bit chaotic this year to say the very least. Rapper Kodak Black was taken into custody, the crowd rushed the stage during a weather delay, and a golf cart was stolen and driven through the audience, etc.

All of this could have been easily deflected. However, someone at Rolling Loud decided to deal with the bad press in the worst possible way. Taking to Twitter, the official account blurted out a bunch of tasteless, borderline embarrassing posts and was ultimately suspended from the platform.

“AND IF YOU DIDN’T ENJOY ROLLING LOUD DESPITE THE HICCUPS, STAY HOME NEXT YEAR”

According to Reddit, when a fan complained that Kid Cudi’s set wasn’t live streamed, the festival snapped back: “should’ve bought a ticket.” Well, ok then.

Not exactly sure what happened here. Maybe an intern took matters into their own hands. See a couple of the tweets below.

Rolling Loud: THIS IS HIP-HOP 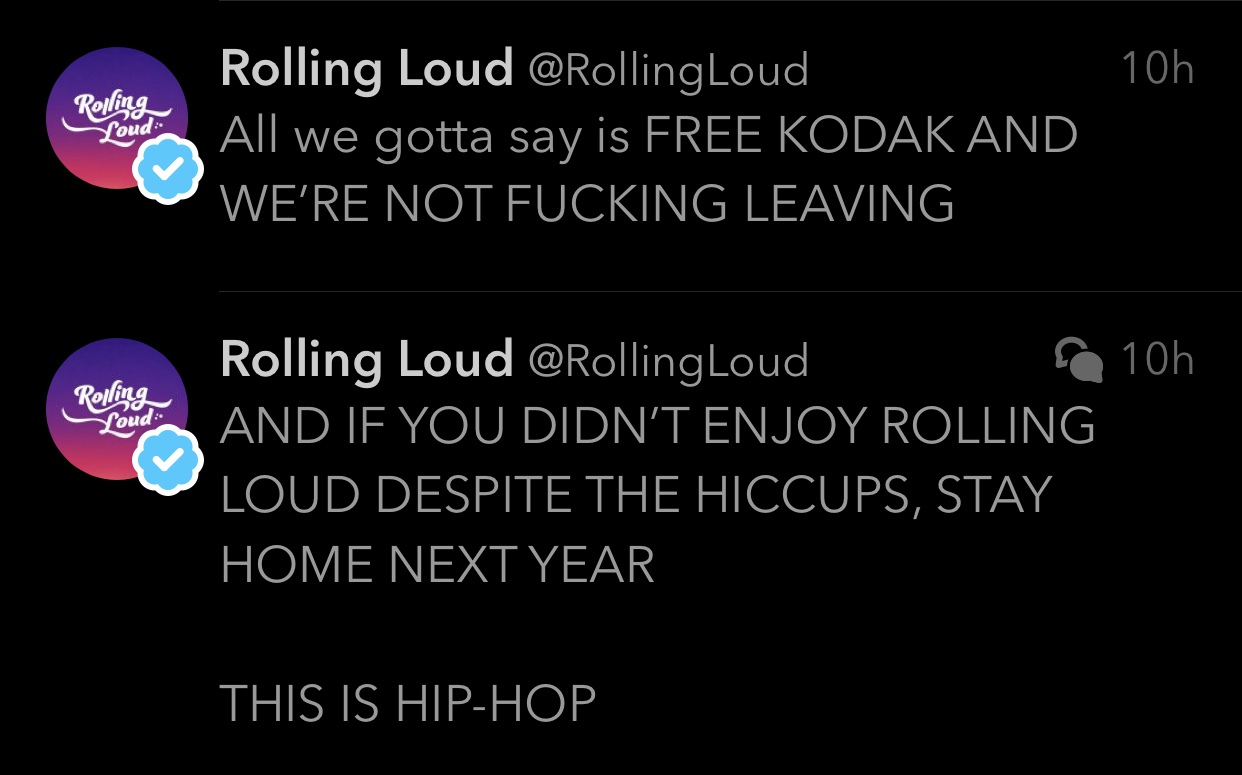 Laidback Luke Is Getting Married & The Engagement Photo Is Everything

Fedde Le Grand Drops New Festival Banger “Like We Do”

Fedde Le Grand Drops New Festival Banger "Like We Do"