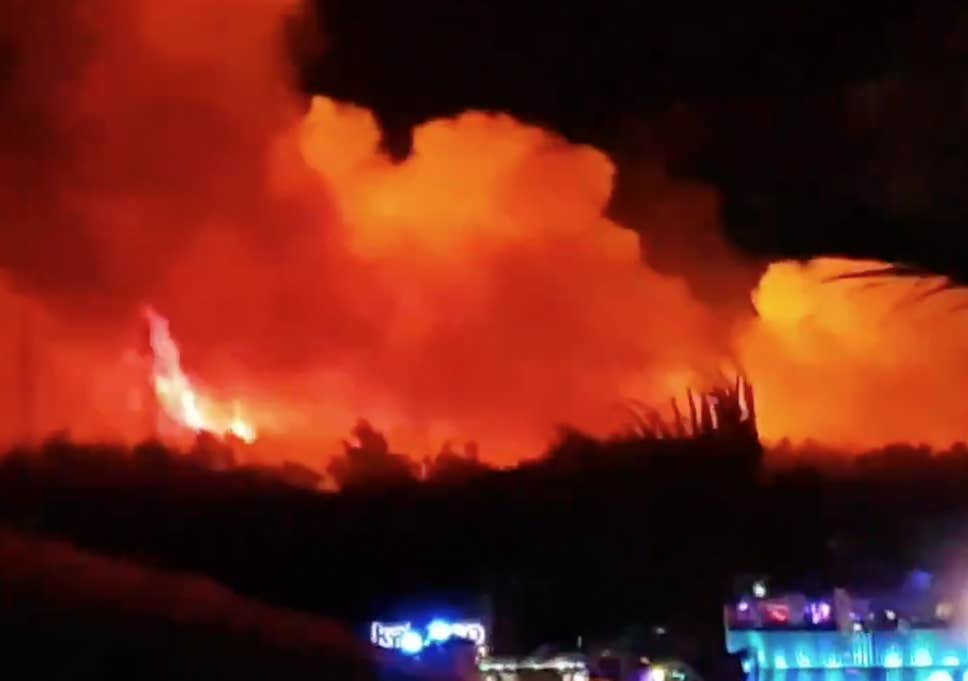 Around 10,000 evacuated from Croatian music festival as fire breaks out

Hip hop festival Fresh Island music in Croatia was cut short last night as a wildfire broke out in a nearby pine forest. According to reports, nearly 10,000 people were evacuated from the event. However, due to the fire, the road to the closest town, Novalja, was forced closed, preventing many people from returning to their hotels.

“It [was] only after dawn, when three fire fighting planes were dispatched the fire was put under control,” a local police spokeswoman told ABC News. ”No one was injured in the fire or in the process of evacuation.”

Festival organizers have not yet announced if the Fresh Island Festival will continue, as it was scheduled to end on Wednesday, July 17. In a statement, organizers said they were “doing everything we can to go ahead as planned to continue the parties.”

See footage of the flames from attendees below.

The wildfire at Fresh Island Festival right now is mad. Whole thing been locked off pic.twitter.com/qUCu2QPodw