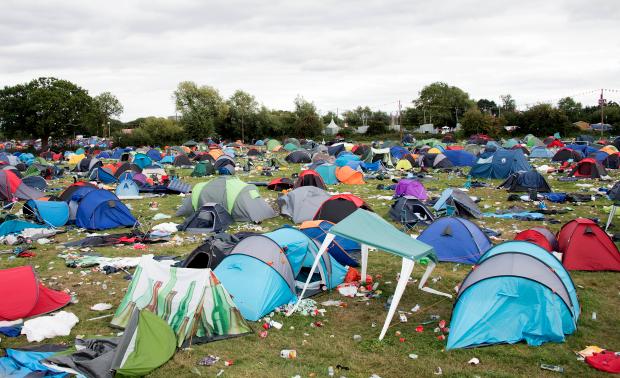 Clean Up Britain Calls for “Tent Tax” at Music Festivals

Clean Up Britain is calling for a “tent tax” at music festivals.

The organization, which consistently campaigns for cleaner, greener communities, is proposing a tax that all campers would potentially pay upon attending a music festival. The tax, amounting £25, would help cover cleanup for tents and other campsite items left behind.

Just recently, aerial shots of the campgrounds at Reading Festival surfaced online and sparked an outrage. More importantly, an outcry for change. Though the festival was less trashed than in previous years, there was still a mass of equipment including tents and other gear left behind.

John Read, founder of Clean Up Britain said to BBC:

“This is heartbreaking and such a waste of resources – it should not happen. You see a lot of people saying they care about the environment but their words and actions don’t match up.”

Change is possible, even for the most littered events. For example, this year, Glastonbury reported 99.3% of tents were taken home by festival go-ers.

Remember: if you’re heading out to a music festival or any function for that matter — do your best to leave no trace. Learn more about the Clean Up Britain movement here.