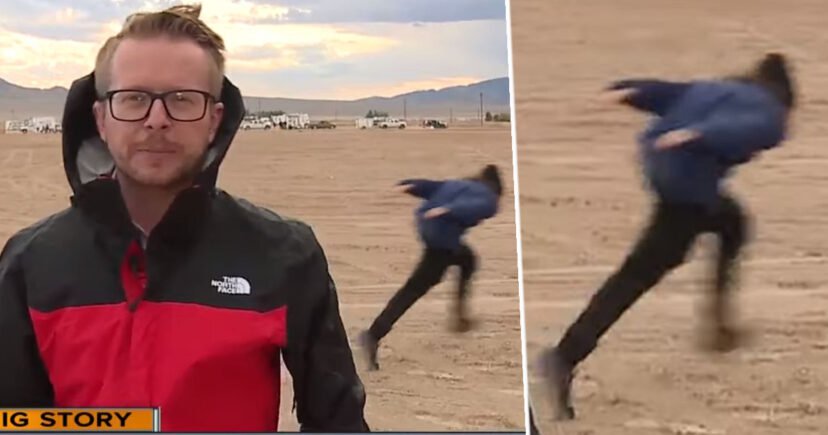 As strange as the concept of the Area 51 Raid was in the first place, one of the stranger elements of the viral Facebook event was asking its attendees to “Naruto run” into the base. If you’re unfamiliar with what this is, it’s a reference to the popular anime program Naruto in which ninjas ran with their torsos down and arms behind them. It serves no actual aerodynamic purpose, but it sure looks cool.

The Area 51 Raid event has already begun in Rachel, Nevada, albeit without the official Alienstock there to provide entertainment. Left to their own devices, the campers have begun turning the event into a real life meme and our first Naruto runner has already appeared behind a live news broadcast.

What an absolute legend 😂 pic.twitter.com/XCLVW24VdI

So far, there has been no actual attempt to storm the base, but two Dutch YouTubers were arrested last week for trying to get too close.