This past weekend, a rumor on Reddit began that Hardwell had donned a mask at ADE and performed as the mysterious Mr X at his friends Sunnery James & Ryan Marciano’s event on Friday. Though additional camera angles seemed to quash those rumors firmly, his manager, Anna Knaup, released a statement early this morning confirming it was not him.

“I would like to officially confirm that whilst Robbert did make an appearance at SJRM’s ADE party, he was not there to perform but merely there to support his friends’ event and to enjoy the night,” she wrote.

“However, we are very appreciative of the amazing love and interest shown by the fans, promoters and media writers around the rumour of what so many of you felt was his return to the DJ booth.”

She reiterated that if and when Hardwell decides to return to DJing, his fans will be the first to know. You can read her full statement below. 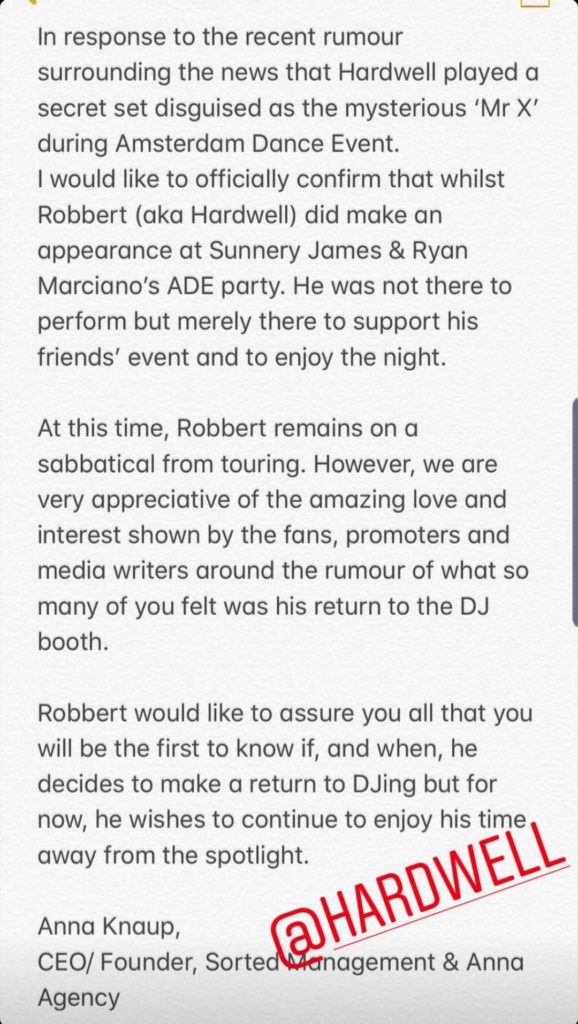 Photo via Rob Berry for Your EDM