Welcome to the first episode of Selection Sunday! Each week, we’ll share a couple of choice tunes that have inspired us–they may or may not be EDM-related, so this will be a broad category with lots of potential for something interesting and different! If you’re looking to find some great new music from all over the world, you’ve come to the right place!

Lana del Rey has caused more commotion in the indie pop world than perhaps any other artist in recent memory. Endless criticism has been lobbied against her since the release of Video Games last summer (which, incidentally, has also become an extremely popular remix target), citing her as being a talentless hack with artificially-enhanced lips who was created by a record label’s focus group. In all actuality, her image isn’t nearly as important as her music is–and her music is certainly something special.

Born to Die was the second single from the eponymous album released in January. It’s quite unlike anything out there right now: apparent from the first dramatic string swells in the track’s opening, Born to Die is a melancholic, nostalgic torch song, heavy with retro Americana themes and some truly earthshattering lyrics. Del Rey‘s voice is the true star: in a quivering, emotional alto, she channels the collective majesty and sadness of America’s past, present and future, and delivers a sweeping, epic tribute to lost love and the inevitability of death. The music video is really something, as well; no less grand in scope than the song, it was shot in a French palace outside of Versailles, and the visuals are truly stunning. 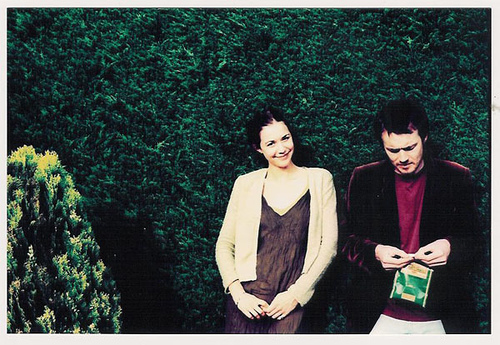 Irish crooner Damien Rice is no stranger to charming, folksy expressions of human emotion. Desafinado seems like an odd choice, however–a classic Portugese bossa nova standard, Desafinado is a bit more rhythmic and driving than Damien‘s other tunes, but he and fellow Irish singer-songwriter Lisa Hannigan created something really special with this cover, recorded for the film Goldfish Memory. A charming give-and-take duet, Desafinado is the perfect accompaniment to a lazy Sunday afternoon; the real highlight, though, is the madness of Vyvienne Long‘s cello solo midway through the track. It’s an aggressive yet stunning addition to the tune’s off-kilter seductiveness. It’s a shame that Damien and Lisa no longer make music together, citing creative differences–but at least we have this track, along with one solo album from Lisa as well as two duet albums from Damien, to document the longing brand of folk that this Irishman has so graciously introduced to the world.