Daft Punk to Make TV Appearance on The Colbert Report

by Jacob Marmor
in EDM News

Finally it looks like we will ACTUALLY have a Daft Punk TV appearance. Word is that Daft Punk will be appearing on The Colbert Report next week. Apparently, Colbert revealed to his studio audience that Daft Punk will appear on his show. Pitchfork has confirmed their appearance on August 6. Nobody knows in what capacity they will appear, but many are hoping for a live performance. Check out Colbert dancing to Daft Punk’s Get Lucky on Jimmy Fallon to help promote their visit. The french duo will be appearing as a part of the show’s “Colbchella” series.

UPDATE 1: Rolling Stone has reported that Daft Punk will in fact be performing on the show.

UPDATE 2: Look at the promo image for the event. Wouldn’t expect any less from Colbert 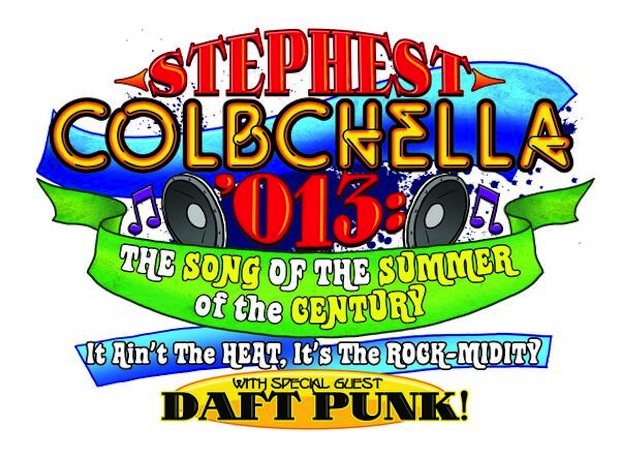