One of electronic music’s most talented individuals, Mat Zo, is getting ready to set out on tour. The tour will start in India at the end of September and he will make his way around the world to some of electronic dance music’s most hallowed grounds. Along with this announcement comes the tracklist for Damage Control, his first artist album which is due out November 5. The album will include both his #1 hit Easy and his very successful Pyramid Scheme along with many more. Check out the tracklist and tour dates below. 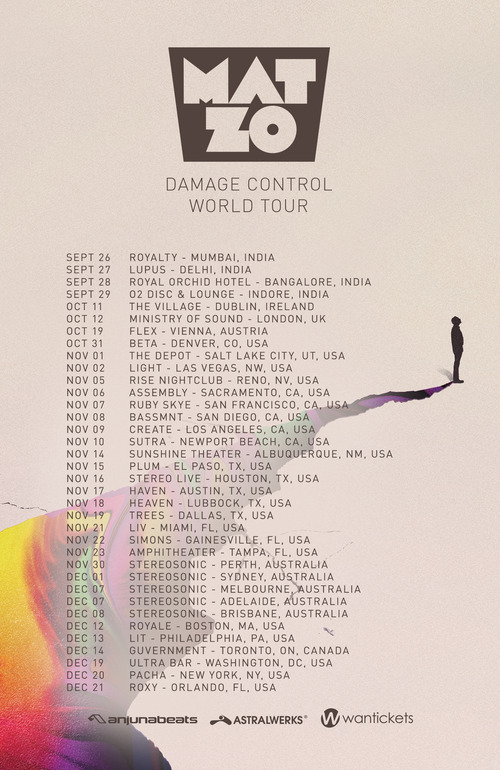 Life In Color at University Of Illinois Champagne Postponed

Life In Color at University Of Illinois Champagne Postponed