We have experienced EDC, journeyed through Tomorrowland, and partied on great shores of Ibiza to absorb the best that electronic dance music has to offer. Yet, what if I was to tell you there is a new, enchanting event that is beginning to take America by storm, fusing Runway, art, black light entertainment, and live dj-ing? Well Glamour and Glow is just that. Created by the business/fashion mastermind, Dave Soko, the event started in San Diego a few years back and is now hitting major cities all across the United States, offering an experience like none other.

It kicked off its very first show in upstate New York on Saturday, September 14th, and was brilliant.  It was breathtaking just watching the set up, where some of the city’s best designers were at work, turning a night club into a magical world glimmering with black lights. Glamour & Glow prides themselves in providing local talent in order to showcase the wealth of talent existing in each city, meaning local DJ’s and models, designers etc, which is not something we see with these type of events. When I arrived later that night for the show, I hardly knew what to expect. I had my expectations, but they were blown away the moment I walked through the door.

Doors opened into a huge room with a ovular bar in the center. The walls were covered with art and models with elaborate body paint mingled with the crowd, taking pictures. After about an hour the main doors opened into the tiered view of Buffalo’s Town Ballroom that was breathtaking. House music thundered through the speakers and I knew I was in the right place. 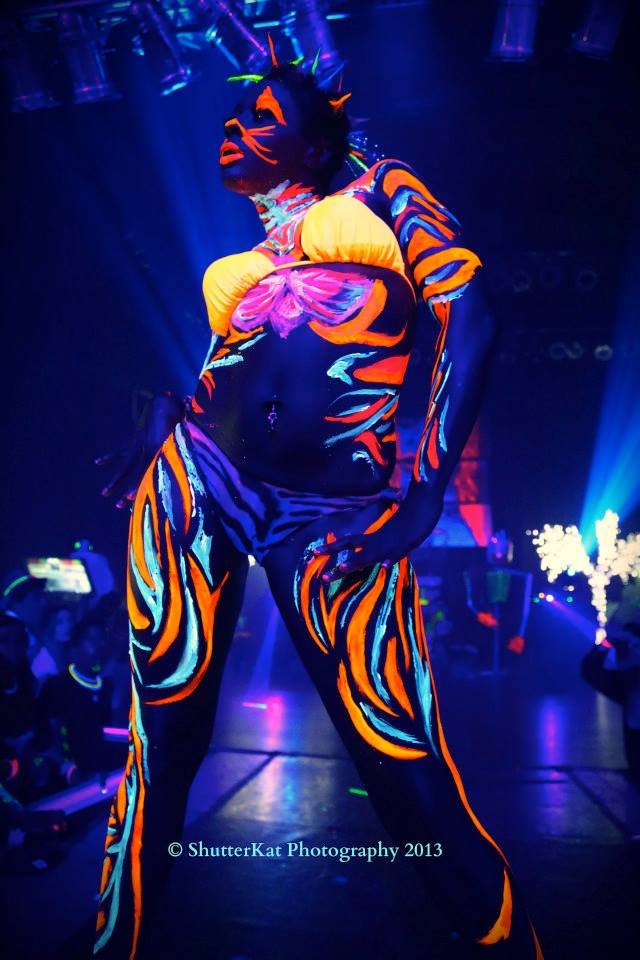 I found a spot right next to the runway strip just as DJ Jiggz took stage with Flux Pavilion’s smash, “Cracks”.  As soon as the first model began her walk, the entire place erupted! The music complemented each model perfectly and electrified the club. The outfits were incredible, completely unique to anything I’ve ever seen. Each model had their own persona they expressed with a powerful stage presence and vivid body imagery.

That’s not all folks.

This show included a live aerobatic act featuring two girls doing their own maneuvers, wowing the crowd as they flew through the air. The music amplified as this act became more and more intense, making you feel as if you were right next to them doing the stunts!

More gorgeous girls followed as the crowd grooved along to the music, cheering for each one they loved. Models even walked into the crowd and began dancing with us; it was wild! An incredible break-dancing group from Niagara Falls took stage mid-show to electrify the crowd. These guys were all over the place, doing hand-stands, spinning on their heads, and left us with our jaws on the floor. 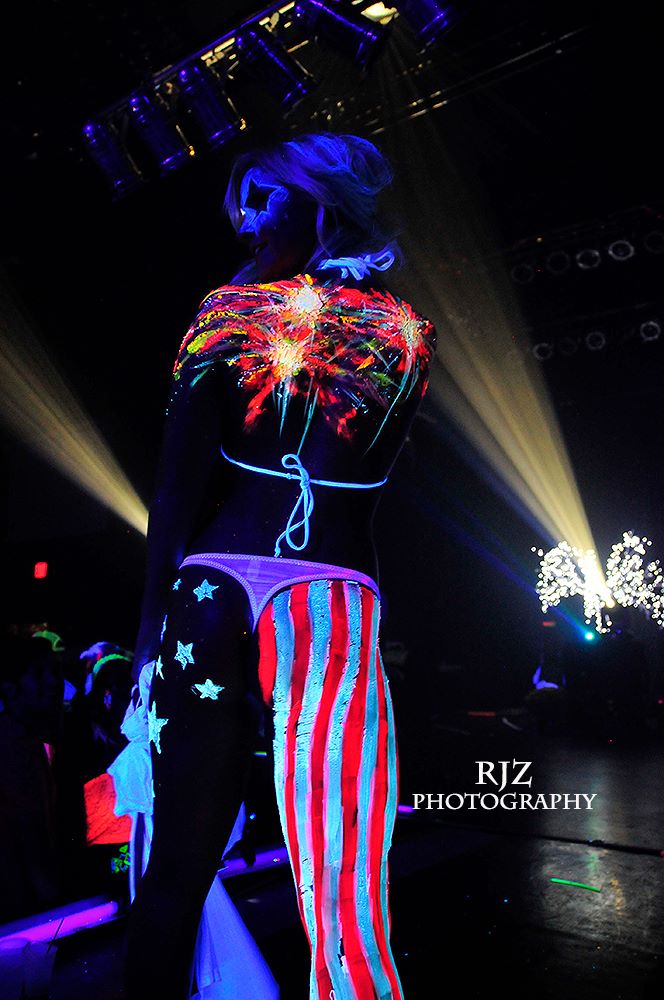 After about an hour and a half this captivating show began to draw to a close, but the party wasn’t over. Before I knew it, the entire stage was covered with models as the DJ announced it was time to dance. And so we did. His set was thrilling, packed with booming remixes and even a throwback to W&W’s ASOT 550 anthem, “Invasion”. It was as if we were all connected, dancing and smiling together while the night continued its unending magic.

When the night finally came to a close, it was obvious the entire crowd was mesmerized by this exceptional event, Glamour & Glow. Fascination, inspiration, and undeniable awe left with everybody that night, making this a night none of us would ever forget. Keep an eye out for Glamour & Glow and be sure to grab a ticket if it comes to a city near you! 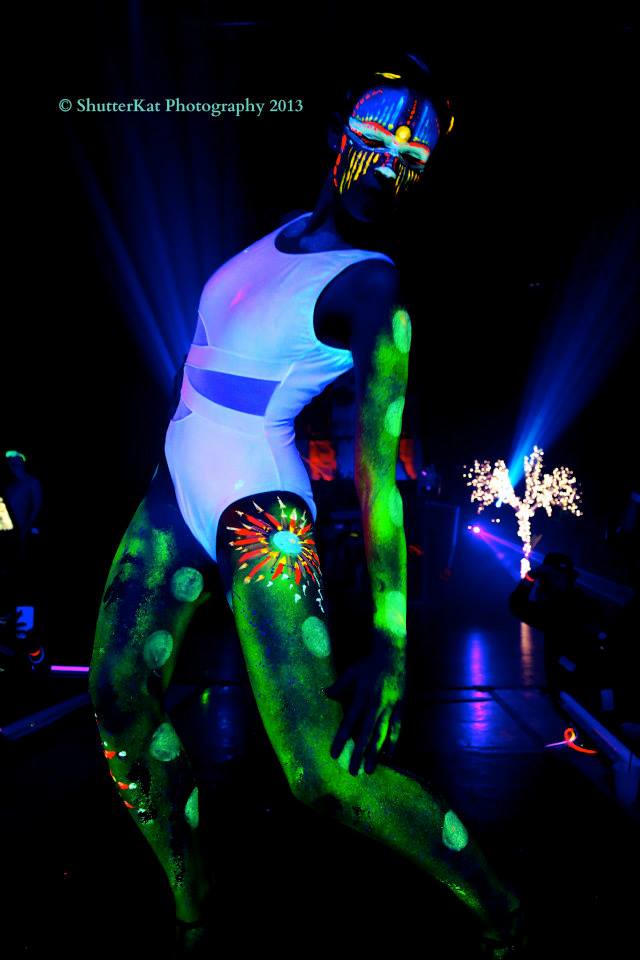