by Your EDM Staff
in Giveaway

With Halloween weekend right around the corner there are many shows around wherever you may be. Chicago has something special in store this year. This year React Presents will be hosting the fifth installment of Chicago’s Freaky Deaky Halloween Costume Party at the Aragon Entertainment Center. This year it will be two nights, the first night will feature GRiZ, Kill Paris and more. The second night will feature Dada Life, Clockwork and more. That is not all, the second night will also feature Dada Life’s attempt to break the world record for Largest Pillow Fight! We here at Your EDM have teamed up with the folks at React Presents to give you a chance to win 2 general admission tickets to each night! Make sure to enter below! 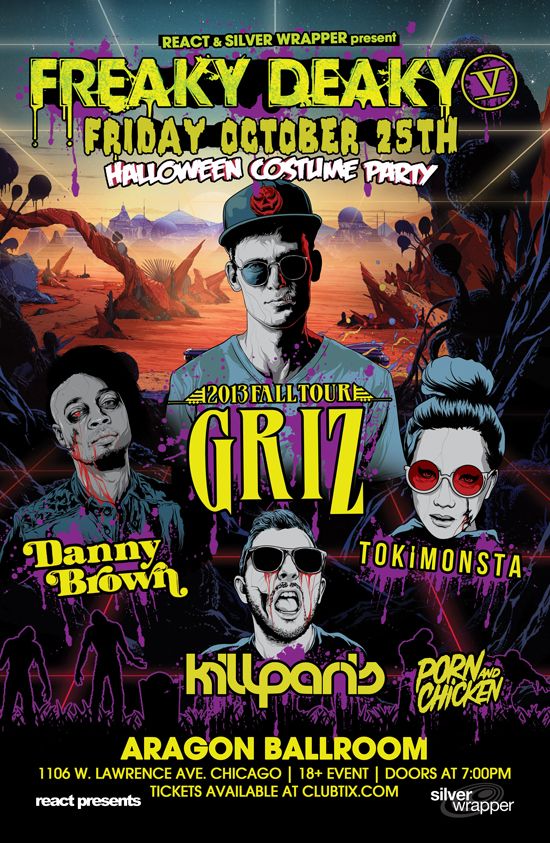 Feed Me Reveals Collaborations with Skrillex, Kill The Noise, Noisia, and More