The Best Event of The Halloween Season: Freaknight Festival

by Nick Ward
in Events, Reviews

As the Halloween festivities start winding down, we can’t help but to reflect on the wild ride the halloween season has been for EDM. Events around the country all payed their tribute to the freakiest time of the year, but which one was the best? Although we could not attend them all, our eyes are paticularly on the chaos that was USC Events’ Freaknight Festival. The two-day event bore witness to the likes of Afrojack, Calvin Harris, Nicky Romero, Hardwell, Claude Von Stroke, Deorro, and countless others.

Accompanying an all-star line up was an array of festival rides, carnies, art, and a unparalleled visual production as the icing on the cake. Although Freaknight Festival had both stunning visuals and beautiful music, those alone do not make a festival the overall best. It’s not about how big and extravagant a festival can get, its the people who define the best event.

With that said, Freaknight Festival proved that as a scene, we can act as a fully functioning community. With the eyes of the mainstream media scouring for molly-related incidents, the local police department rumored to have undercover people on the floor, and the overall anxiety that comes with a 20,000+ person event, Freaknight Festival held strong against the watchful eyes of external powers. Before the event even began, USC Events released a video message to their Freaknight Attendees asking for their help in keeping Freaknight safe.

And the people heard them. The stereotypes I had come to associate with bigger events, such as people selling molly, people out of control on drugs, and the overly aggressive sweaty guy, had seemed to vanish both nights of Freaknight. Ok, the overly aggressive sweaty dude was still there, but other then that, the vibe had completely changed, and instead respect and community filled its void. Although there were a few incidents, Freaknight went off spectacularly well and it only happened because of the symbiotic respect  shared between USC Events and their fans.

And as the fans paid their respect, USC answered in kind. With such a diverse lineup, each set was a new story each time and did not blend together in a lullaby of top 40 songs. Granted, some artists did play several of the same songs, but overall the diversity of sound heard throughout the three different stages was both refreshing and exciting. With personal favorites such as Boys Noize, Jack Beats, and Deorro, it was hard to leave feeling disappointed. I tip my hat to both USC Events and Freaknight attendees. Job well done. 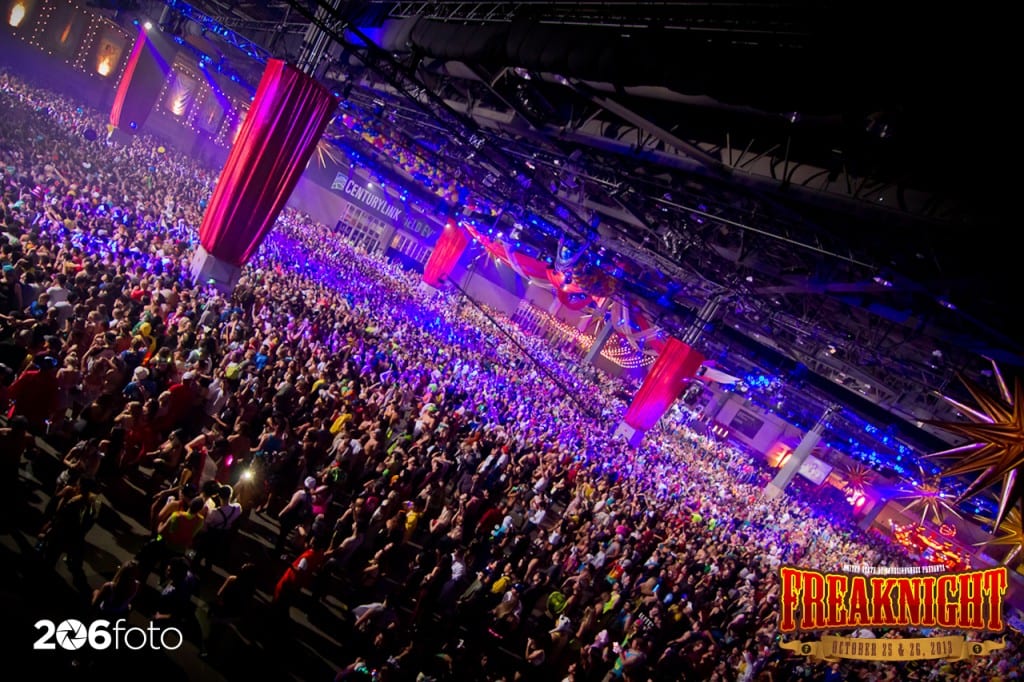