Spoof Site Calls Out Spotify, Gets Attention of Music Industry

by Salvatore Basile
in EDM News

Popular music streaming service Spotify recently opened the books on how much artists make in royalties per stream. Some saw this as groundbreaking news as companies like Apple and Pandora have always kept these figures under wraps. So how much are artists being paid you may ask? Every time someone streams a song on Spotify, that artist makes roughly 0.6 cents. Which means a song would have to be played 166 times for that artist to make a dollar. This news was obviously received with much controversy throughout the entire music industry. This information was discovered when Spotify announced Spotify For Artists, a site that explained their royalty system and offered new services for artists to make additional money through.

Less than a week before the site launched, a mysterious site randomly popped up with the URL Spotifyforartists.com (Spotify’s actual site is Spotifyartists.com). The site seemed to have the official look and feel of a Spotify page and subtly took a big shot at Spotify and how the artists should be making much more money. The site included quotes such as “We’ve really changed our ways. Now SpotifyforArtists makes sure the creators you love see the love. Directly. We’re paying them more. So you can keep supporting your community just by listening. And they can afford to keep making the music you love to listen to.”

This spoof/prank site got a lot of hits before eventually being shut down. However, it is causing an echo to be heard throughout the music community that is reaching back to Spotify. Are the agreements signed with artists unfair? Should Apple & Pandora release their figures? Or is this just the way the music industry is today with complicated contracts that result in very little royalties for the artist?

If you didn’t catch it before the sites demise, here are some screenshots below. 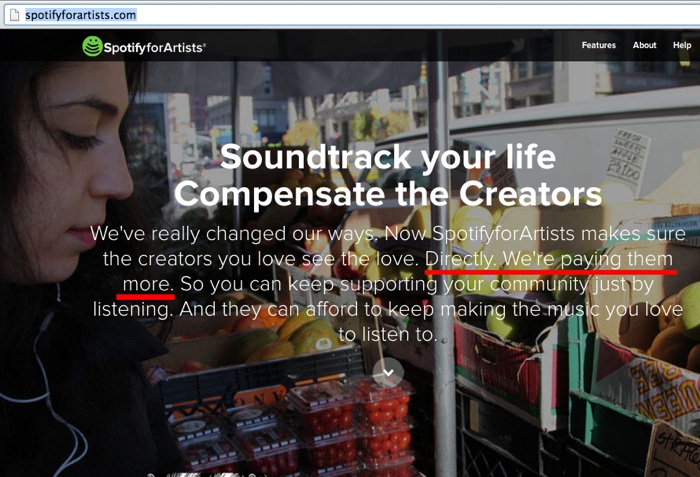 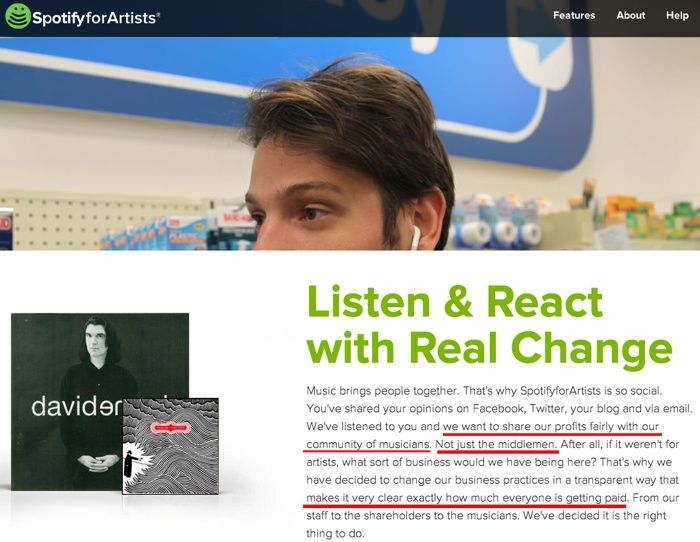 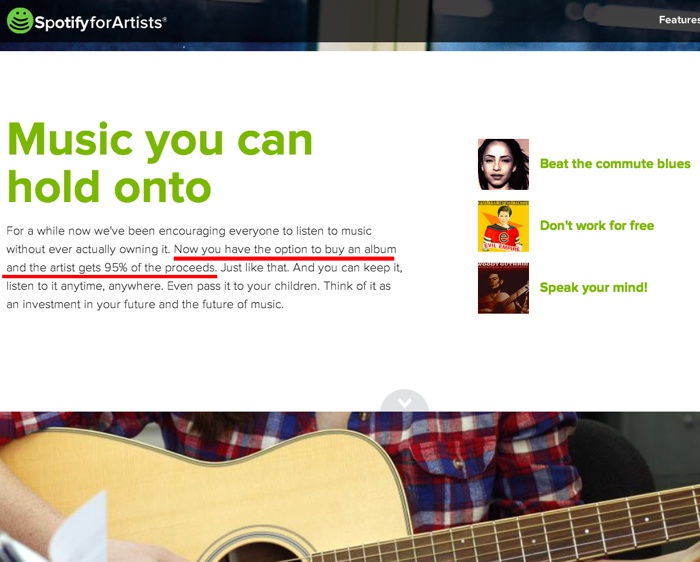 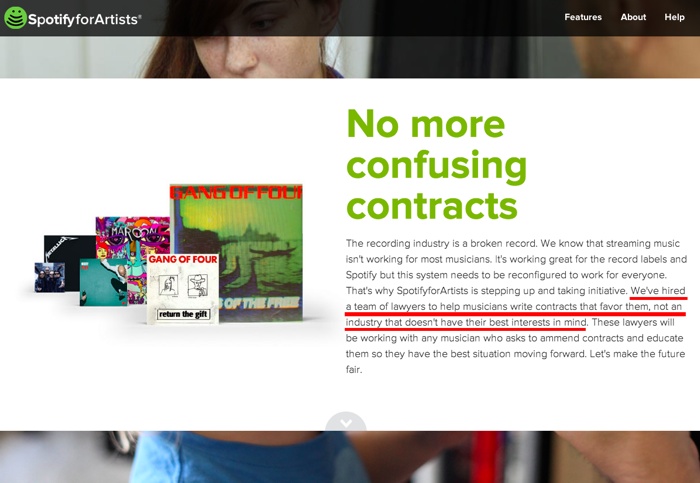 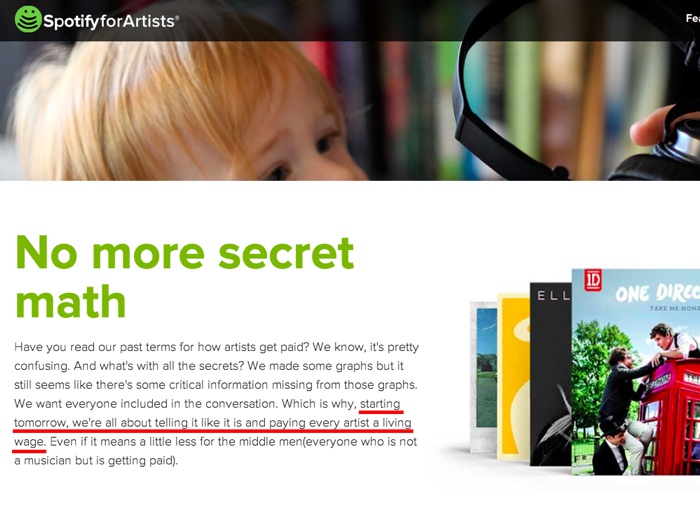 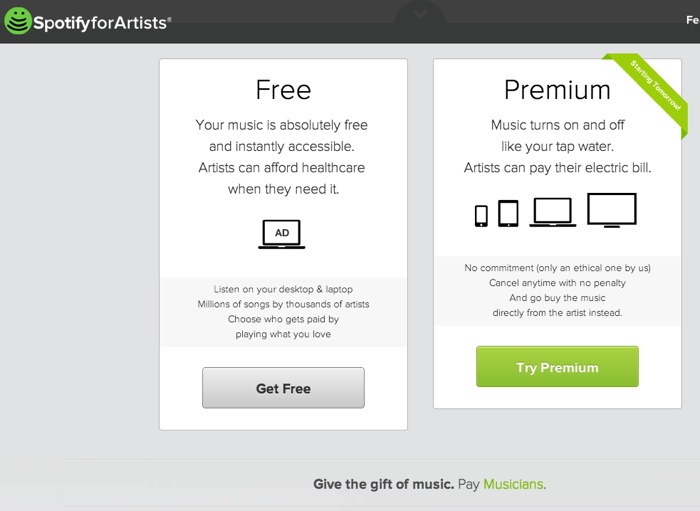 Writer for Your EDM. Follow me on twitter @sal_basile or feel free to hit me up if you want to talk music or have any suggestions.