by Your EDM Staff
in EDM News, Events, Live

The sophomore lineup of Atlanta’s Counterpoint Music & Arts Festival has been announced. With big headliners like Outkast (reunited), Pretty Lights, Foster the People, and STS9 (without David Murphy), this will certainly be an excellent weekend to jump start festival season. Other ancillary acts include Major Lazer, Krewella, Big Gigantic, Flux Pavillion, Above & Beyond, Boys Noize and Wolfgang Gartner.

The festival, which was previously in the same location as the first TomorrowWorld, will make a new home at Kingston Downs, a venue that is traditionally host to the Atlanta Steeplechase. It will take place over April 25th to the 27th.

Early Bird tickets for the festival have sold out, but reduced priced advanced tickets and VIP passes are still available here. 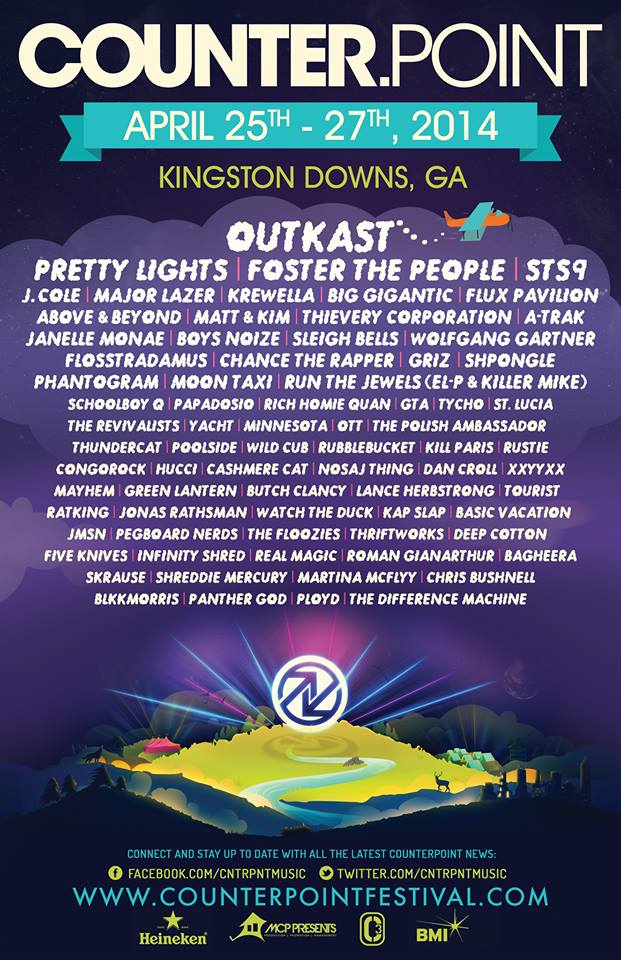