by Tyler Trew
in EDM News

Electric Forest has just publicized their highly anticipated lineup for the 2014 event that will take place June 26th through the 29th in Michigan. The festival will have such artists as Zedd, Steve Angello, Zeds Dead, The Glitch Mob and that’s just for the headliners. Other artists who are noted in the initial announcement are Bro Safari, Paper Diamond, Pegboard Nerds and Seven Lions; all of whom I would really suggest you see. Insomniac‘s acclaimed festival still has more artists to be announced, as if this wasn’t enough already. The initial lineup can be found below and stay tuned for when we give you some news on who else will be there! 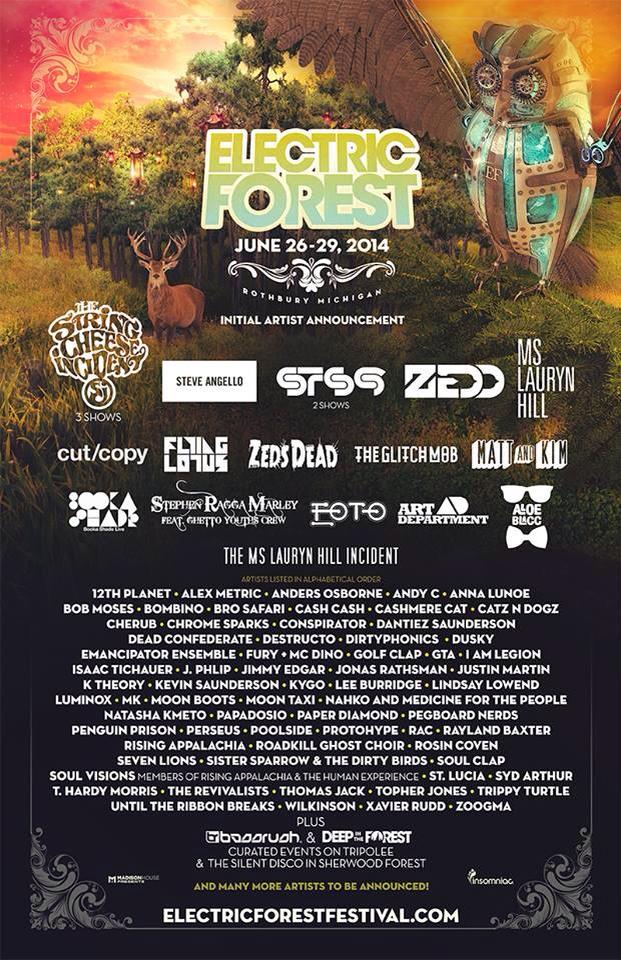