by Tyler Trew
in Worth Sharing

Someone who has had their work on Your EDM numerous times before is Dani Deahl. I even had a recent interview with her, where we officially talked about her current and future endeavors; however, one of those endeavors we had to talk about unofficially. Well, today our excitement can be let loose for the news has just been announced.

Paris Hilton, who will also be performing at EDC, enlisted Dani Deahl as a special guest for her new That’s So Hot tour that is being brought to you by Insomniac. With Paris taste for an extravagant atmosphere, especially when entertaining her fans and guests, Insomniac is the perfect company to partner with regarding a Summer tour of this magnitude. Do Androids Dance also received the low-down regarding Dani’s enrollment in what will surely be one of the biggest undertakings of her career. More information will be provided as things come to light, but for now this is the initial announcement! 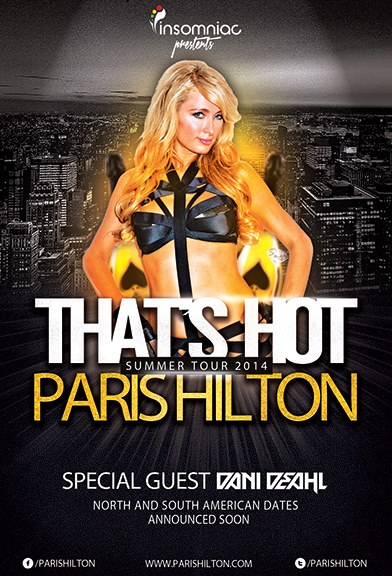