Stephen Burke, aka SirensCeol has been on fire recently. After winning the EDC Vegas Discovery Project in 2013, his career has taken flight. He has recently played SnowGlobe Music Festival in Lake Tahoe, and has embarked on his debut tour: The Double Vision Tour. To top it all off, his debut album, The Method to Madness continues to move up into the iTunes dance charts. This album, which features 15 originals (both instrumentals and vocals), is one of the most diverse and unique albums we have ever heard.

If you look at these facts, one might think that all Burke ever does is sit in his studio and produce. Not the case. While Stephen does spend a good majority of his time in the studio, he is still finishing up his final year as a student at UC Berkeley. Up until this spring semester, Burke was on the varsity track & field team (throwing shot put), but decided that music was his real passion and wanted to pursue it as a career. As we all know, sometimes we must make sacrifices in order to follow our dreams.

Fortunately, over the past few months I have been able to get to know Stephen on a personal basis and have witnessed firsthand his ability to inspire others through his music and through his determination to be different. With a rapidly growing and loyal fan base, we think SirensCeol is a perfect fit for the Aspire to Inspire series. He has provided us with some quality advice that one can use in all aspects of life.

1) Only worry about yourself— not in a greedy way, but don’t focus on what others are making— or worse compare yourself to the “professionals”… this will only slow you down and constrain your musical abilities. Focus on your own sound and perfecting your craft.

Kiera: While it is often human nature to compare ourselves to others, SirensCeol is absolutely right on this one. When you choose to compare yourself to someone else, you end up experiencing frustration. You might find yourself asking questions like: why am I not making quality music like that? Why am I not headlining _____ music festival? How does this person have so many fans or connections and I do not?

We each have our own story and journey to success. For some of us it takes years to be noticed and make it “big”, and for others it happens almost instantly. You have to understand that it’s different for everyone. Don’t let yourself be discouraged if you see someone “blow up” instantly. The truth is they have probably been perfecting their craft for longer than you think. On the other hand, some people do have the resources (money or connections) that a majority of us do not have to make themselves known right off the bat, but a lot of times you see these people experiencing more short-term, rather than long-term success. Don’t ever strive to become someone else, create your own dream and make it come alive. Passion is everything. If you have the drive, you can make anything happen.

2) The journey is a long one so don’t let others obstruct your path, only pay attention to what you have ahead and plan on being the difference in that path, not just another part of the atmosphere.

Kiera: Life is a constant roller coaster. Creating your own path to success and doing what you love is essential and can definitely create an easier, more worthwhile journey for you. Don’t just change what you are doing because someone tells you to or because you see someone else doing it. It’s definitely important to consider all options, but don’t just jump into something because someone bigger than you is doing it, make sure it is right for you first. Be different. Each person has something special about them so don’t be afraid to bring that quality to the table. Don’t just become another “employee” in the music industry, be a game changer. Look forward to the future. Just because things aren’t going the way you want them to right now, doesn’t mean that can’t change.

Check out next week’s edition! 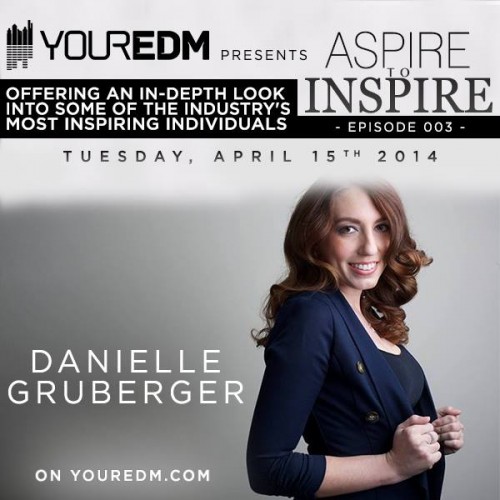 Surgery Causes Avicii’s True Tour to Get a New Schedule