Roughly six years ago, a 19-year-old aspiring architect named Kevin Wild moved to Los Angeles to pursue his dream at Woodbury School of Architecture.  While attending Woodbury, Wild acquired a fascination for producing electronic music.  This hobby soon transformed into another dream for Wild.  In fact, music began to take over his life.  Wild experienced somewhat of a “midlife” crisis (though more like a quarter life crisis) and became bored with school.  He didn’t know what to do and began questioning whether he wanted to pursue his schooling for architecture.

Despite the questioning, Wild made the ultimately smarter choice: get through the schooling so that he could produce music as a career.  Although, once he graduated from Woodbury, he faced another prominent challenge in his life – “how do I make a living off of this music career?”  And again, this challenge did not phase Wild.  He realized he had to start making moves and began networking, meeting everyone from his current roommates, Bruce Karlsson and Nick Sember (aka Norin & Rad) and Maor Levi to one of his biggest inspirations, Above & Beyond.  Living with Bruce, Nick, and Maor has been an extremely beneficial experience for Wild as he has learned so much from these three very big up-and-coming producers and has been able to bounce ideas back and forth.

Fast-forward to 2014 where you can find him producing official remixes for major artists.  His latest unreleased remix of Morgan Page’s hit single “Your Love” is absolutely stellar.  In addition, he performed at the 4/20 Festival and is on the lineup for the 1Life Festival in San Bernardino, California.  Needless to say, Wild has been making tremendous strides to further his career as a DJ and producer.

We see this 25-year-old as a prime example of someone who never gives up and who continuously challenges himself.  Wild has been an artist for a good majority of his life (playing piano, being an architect, and now also producing music).  Even though his social media numbers might be small at this time, we believe Kevin is going to make a name for himself very soon.  Rather than aiming low, his goal is to shoot for the stars and to be the best he can be.  Wild has shared with us three motivational quotes/pieces of advice that highlight the mindset behind his success.

2) Let your work speak for you.

3) We all have our fights to battle, and all will handle them differently; often it’s the setbacks we experience that best prepare us for reaching our goals. 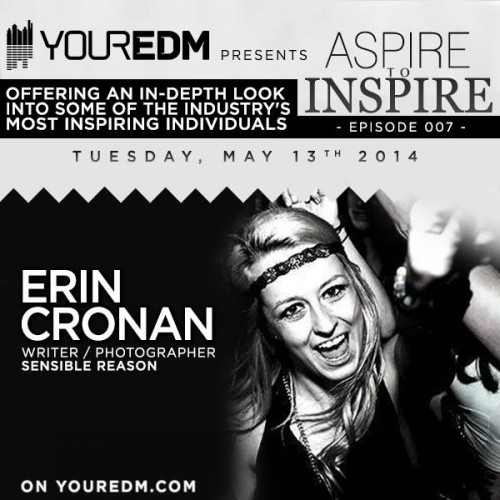