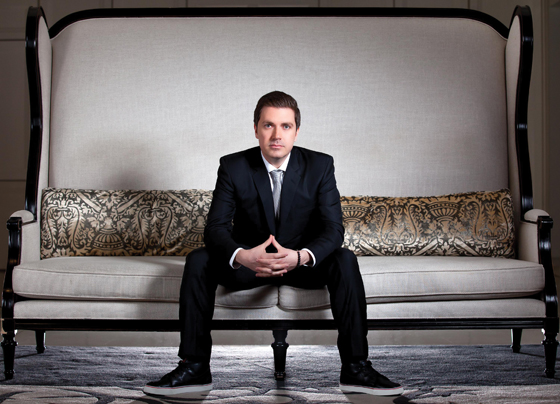 Pasquale Rotella Regarding Deadmau5: “I respect his art form. It would be great if he would respect mine.”

Just yesterday, Insomniac founder and CEO Pasquale Rotella held an AMA on Reddit. Fresh off of the EDMBiz conference in Las Vegas, he was eager to answer a variety of questions surrounding EDC and his personal life.  Topics of discussion included Pasquale’s festival responsibilities, harm reduction at his events, and the sets he is most looking forward to this weekend at EDC Las Vegas. He also talked briefly about EDC Chicago and Texas, as well as projects he is looking forward to in the future (more trance!). The answer that garnered the most attention, however, was his response to deadmau5’s latest rant.

The London Evening Standard caught up with Joel Zimmerman aka deadmau5 at the recent Gumball 3000 to discuss his upcoming tour. During the interview, Joel gave his opinion on the state of the festival scene, taking issue with the fact that “festivals are being branded bigger than the acts.” Considering the fact that EDC is known for creating an overall experience that is larger than any single act, it comes as no surprise that Rotella had a thoughtful response when he was asked to comment:

First, I want to give props to deadmau5 for acknowledging that some festivals are bigger than the artists. I absolutely agree with him; it’s not some fluke or mistake. I don’t know what Canada’s dance scene was like, but this is the way it’s been in the US since the beginning of the underground scene.There were always DJ-centric events, but those were never the big parties.

In rock and rap, the performer is usually the center of the show. Dance music is its own thing. It’s about having a good time, celebrating life, and listening to good music. From his comments, I’m assuming he’d rather people stand there and gawk at the artist for an hour-and-a-half, but that’s not where I come from, nor where I want things to go. DJs deserve to get love from their fans, but that’s not shown by standing there and watching with your arms crossed. It’s shown by dancing and getting lost in the moment.

I wish deadmau5 would continue making good music and spend less time knocking people that have been supporting the culture since the beginning. I respect his art form. It would be great if he would respect mine, which is striving to produce magical events.

Rotella wrapped up the AMA by fielding some personal questions about his family, and reminding fans that the EDC Curated stream will be available during this weekend’s EDC Las Vegas. Follow the link below to view the AMA in its entirety.