This fall, the horrifically legendary producer FIGURE is bringing something incredibly special to you. At least, hopefully it is coming to you, for your sake. Although Terrorvision may scare some, the new tour and live set up is something that people will be flocking towards like zombies to a human feeding ground. Aside from FIGURE’s quality musical productions, you get a visual aspect that converges different clips (for this, they’ll mostly derive from horror films) for a huge second element to the performance.

“I wanted to create the ability to compile tons of custom edited clips the same way I have compiled tons of music for my sets over the years. I’m a horror buff and I’ve amassed an extensive collection of classic shock theatre and obscure films which is definitely an inspiration for the visual direction on this tour.”

Did I mention they will be improvised? This extension of the music is thanks to Rane and Serato. Josh now has the power to deliver something to his fans that conveys his inspirations, while also giving attendees something special to latch on to while they rage their hearts out. Fourteen cities across North America are lucky enough to host this epic experience. Are you in or near one of them? Check below to find out. Tickets go on sale through the Terrorvision website on September 12th. 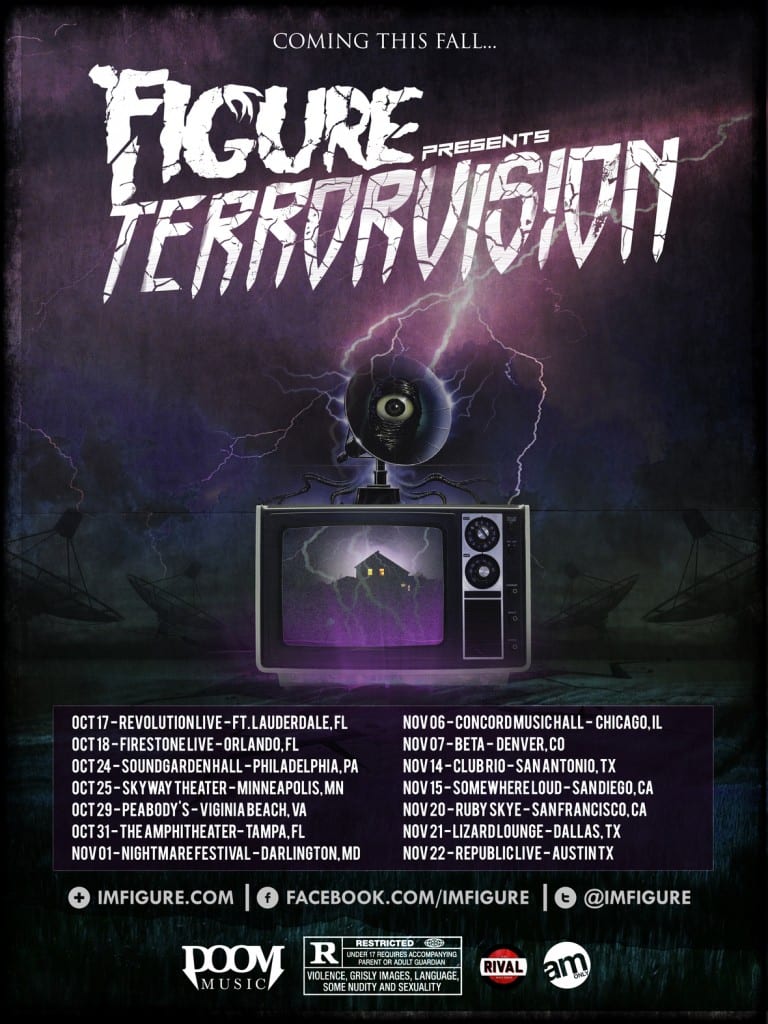