There have been a lot of attempts to curb to propagation of performers who masquerade as DJs. They have decks on stage and music coming out of the speakers, but to the trained eye, they’re nothing more than a cake-throwing, fist-pumping showman. There’s nothing that can truly be done in the real world, so Dr. Kucho! did the next best thing…

He made a video game. 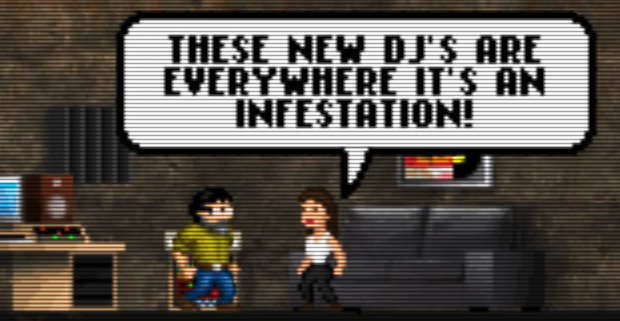 You are on a crusade to destroy the hordes of fake DJ’s taking over the world by dominating the music scene from the top positions, not because of their musical talent but because of a magical power they brought from Averno. This evil power is called … money.

The concept for the game itself is pretty hilarious, with characters like Steve Sushi, Devil Guetta, Paris Sheraton, Pitbullshit, and Pauly Douchebag. You can check out the full teaser video below, and check out the full Kickstarter page HERE.

The game is available for alpha testing on Mac, Windows and Linux.

And of course this game was funded by deadmau5

Detective Orange — Without You (ft. Q’Aila)

Detective Orange -- Without You (ft. Q'Aila)