by Your EDM Staff
in EDM News, Fashion

The third installment of The Hunger Games is set to come out November 21st and the hype train continues to gain momentum as we inch closer to the date.

The Lorde curated soundtrack of this upcoming feature film has already been announced to include the likes of Kanye West, Chemical Brothers, Chvrches, & more.

Today Lorde has announced via twitter that the mysterious “track five” will feature the likes of Major Lazer, the Diplo-lead electronic trio, and Ariana Grande. Titled “All My Love” and expected to release November 17th; keep your eyes open for this epic soundtrack. 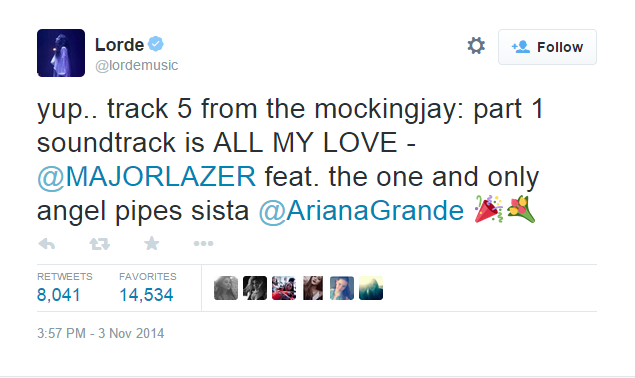 Bringing the Roots of House Back with InDeep & #root.access (Your EDM Premiere)

Bringing the Roots of House Back with InDeep & #root.access (Your EDM Premiere)