Top 100 Clubs Based On Revenue Generated

The numbers are in and boy are they big.

The nightlife based website Nightclub And Bar has compiled a list of the top 100 clubs based on how much revenue they generated in 2014. Your favorite nightclubs have put up some fantastic numbers over the last few years and with Las Vegas controlling 80% of the top 10, the dance mecca of the United States cannot be contested.

Both XS Nightclub and Hakkasan generated over $100 million in 2014, solidifying their spot as some of the top nightclubs on the globe. While revenue generated does not determine whether a club is truly “number 1”, it is still a valuable statistic to take into account. As shown by the chart, Las Vegas venues are completely eclipsing their nearest competitors. With 2 new nightclubs opening in Las Vegas this year, one cannot help but wonder if any other city will be able to compete on its scale. 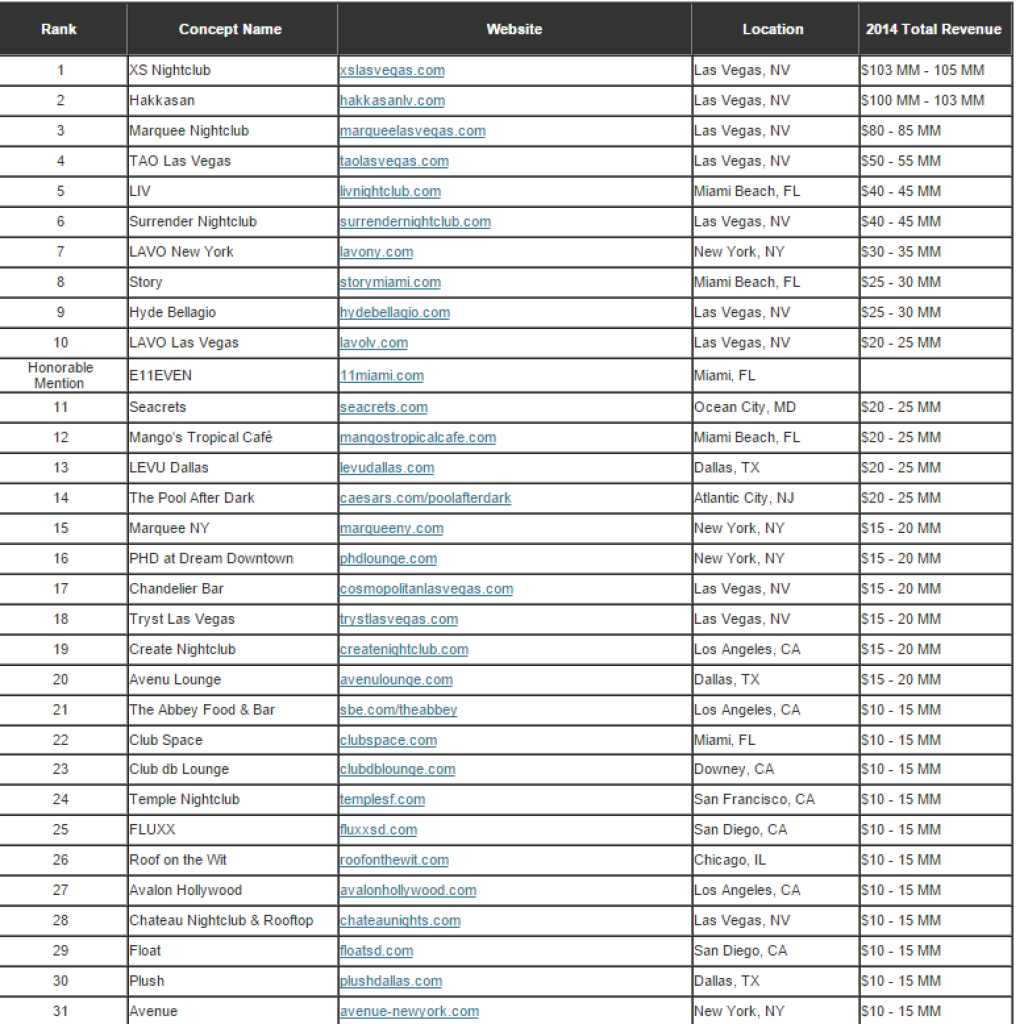 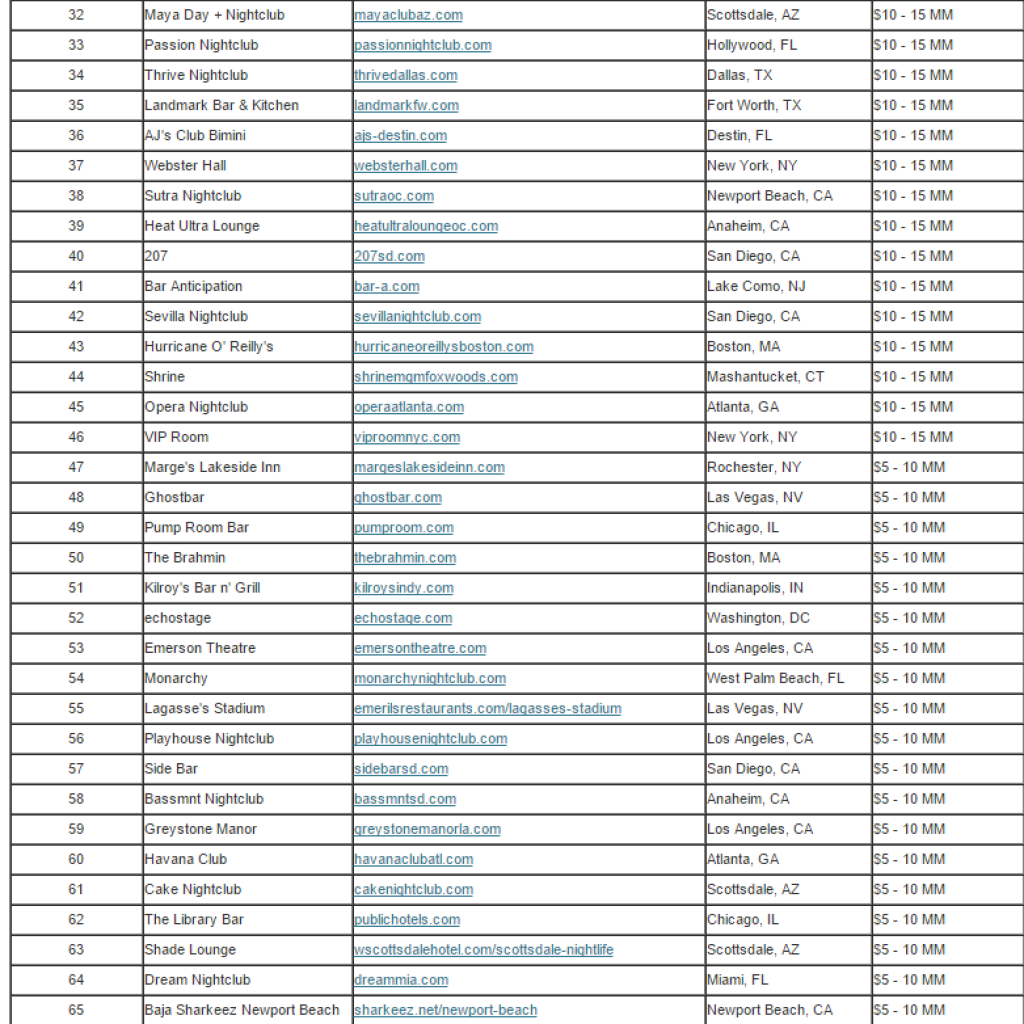 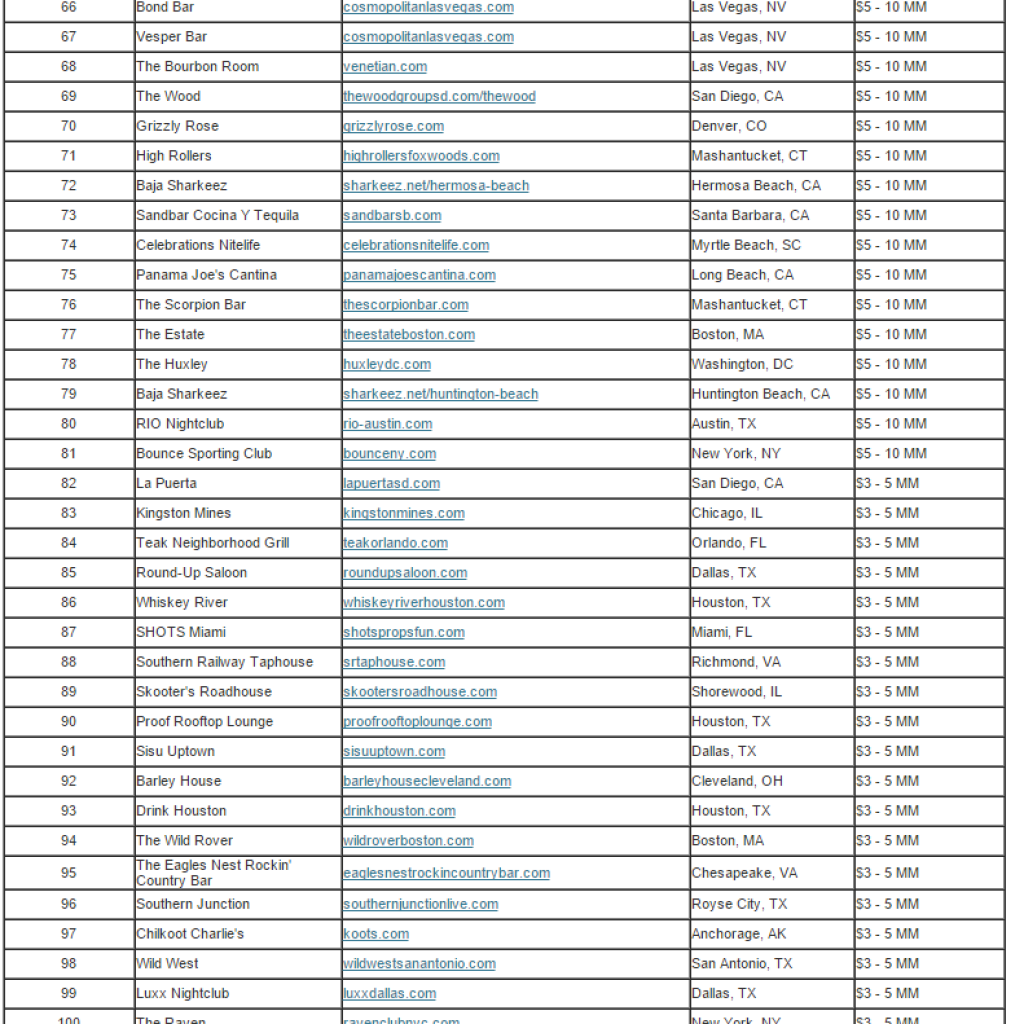