I’m really proud that my editorial on why our readers see us share so many articles about deadmau5 and Skrillex opened so many eyes on the subject. I received messages from long-time bloggers and Facebook posters thanking me for finally putting into words what they could not. I also received plenty of messages from readers empathizing with us and our plight.

What I didn’t expect – what I should have expected – was for a petition to show up on Change.org asking for Facebook to remove the “Pay To Reach” function for Pages. It has become an integral part of Facebook’s income and has been an equally integral component in the way that Pages share content.

The petition, authored by Christopher Murray, vocalist of the indie band Illuminate Me, focuses on how music acts need to pay to reach the followers and fans they’ve organically acquired – essentially accusing Facebook as acting as a gatekeeper to their fanbase. It’s an accurate way of looking at the dilemma. The issue affects more than just the little guys in the music industry though, equally afflicting all corners of the the capitalist market, including flower shops, local news channels, your local vape store, essentially any page with an interest in growing their organic engagement.

Digital agency Flightpath took a look at a few of their clients from Jan-Jun 2014 and found that though the cost to promote posts nearly doubled, the paid reach actually decreased. 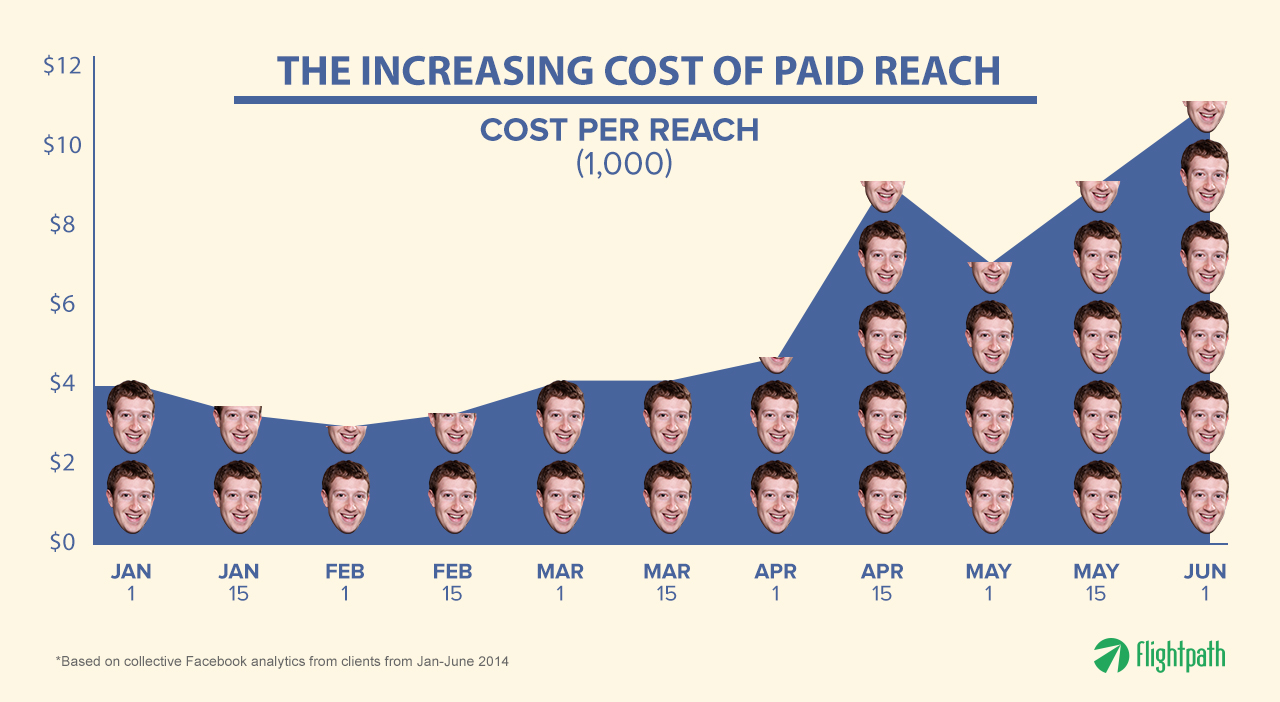 “…the best way to get your stuff seen if you’re a business is to pay for it.”

The sad thing is that there are two ways of looking at those statements: 1) both the page and Facebook are businesses and goods/services are expected with the exchange of currency, or 2) Facebook is a social media platform used to grow a fanbase, and acting as a controlled floodgate to that fanbase seems super unfair.

So what can we do? Not much, really. The petition will bring attention to the issue but it likely won’t affect any real change. Does that mean you shouldn’t sign it? No. In a democratic society, every voice is valuable (even if each voice isn’t given equal value).

The petition already has nearly 17,000 signatures and needs 50,000 to be able to do … something. Either way, getting 50,000 people to voluntarily sign a document stating that Facebook’s “Pay To Reach” algorithms need adjustment is no small feat.

Booty Pads Turn Your Ass Into An Instrument [Video]

Booty Pads Turn Your Ass Into An Instrument [Video]